I recently came across a cache called "Global Geocaching-Vancover" and I did a cache called "The World Cache" several years ago that was of a similar style of cache. You have to connect with cachers in other parts of the world and swap information with them. It took me over 5 months to get the final co-ords to "The World Cache" and make the find for the smiley!! You can read more about that cache in my past blog "HERE"
As far as this one goes, it did not take as long, in fact within 2 weeks I had the final co-ords and went and made the find while in the area, grabbing some other caches with Susan.


No Caching or Snow Caching!! 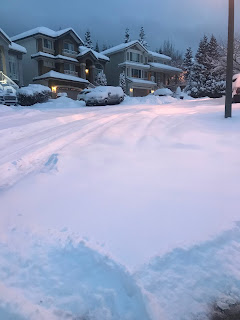 Didn't do much caching in the first week of January, as we had a fair bit of snow in a short period of time. We usually don't get much snow in this area, but we got hit hard for a few days. The good thing is in about a week it was all gone...cache on!!! 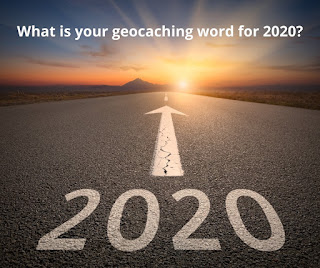 Virtual Souvenirs
On February 2nd a new virtual souvenir (the second one of the year) was available for getting a cache on this day. It is Groundhog day, but it is also called Palindrome day as it is the second day of the second month of 2020 or also written as 02.02.2020 and if you write it backwards it stays the same.
This will be the second Souvenir of the year!!

Forward, backward, inside and out! With over 3 million geocaches worldwide, geocaching is fun in all directions. That’s why we’re celebrating 02.02.2020, an international palindrome date, with a new souvenir! 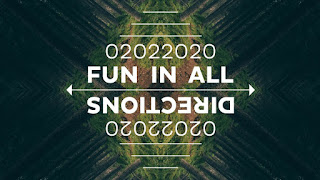 So recently I decided to get my own pathtag designed and ordered. I commissioned my caching friend Kathleen (Vanislelady) from the island to design it for me. I then ordered them so I will be able to place them in caches as well as trade with others. Plus I hope to give some away at Geowoodstock XVIII which is coming up in August, here in Canada for the first time. Here is the design, and they look much sharper in real life. 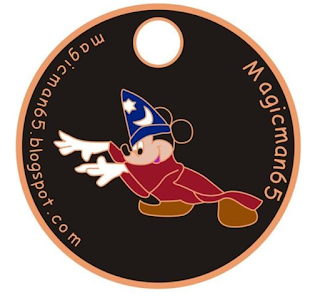 In March Sansue(Caching name) and I will be taking a trip to Las Vegas (Love that place) and of course some geocaching will be happening. I have already started to make my list of all the caches I would like to get, as well as some others I have already gotten on past trips, that are very cool and think that she would like to see. 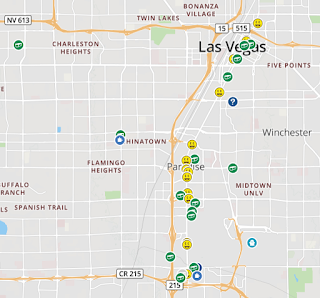 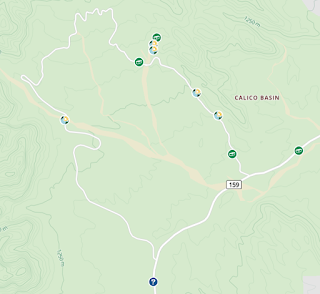 Last year when I was in Vegas in February, I wanted to do the Red Rock Canyon Loop to get the earthcaches that where there to complete a geochallenge, but it had snowed in and around Vegas (a very rare thing) and they closed the road to the loop as they did not have any way of removing the snow off the roads, so this trip I am hoping to get some of those. 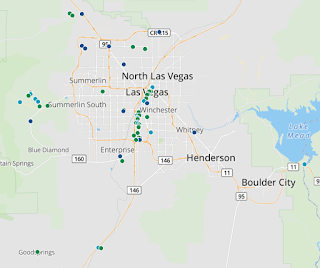 This is an overview of the caches I would like to do on this trip but I always plan for more and get what I get!!! Need to leave some time for shows and shopping also. And if we don't get them all, I will be back!! 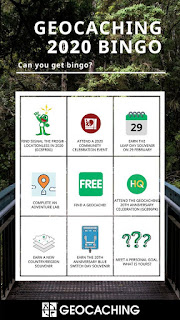 I did a cache back on April 26th 2019 called Festivus for the Rest of us! (A Holiday Challenge) when
I did a day trip down to Washington through Anacortes and down through Deception pass, and down to Whidbey Island. I did the trip so I could get several earthcaches, so I could log a challenge cache that I found down in Las Vegas, when I was there in February called Earthcaches: Challenge of the Century I was gonna do several Earthcaches in Vegas, but the road was closed to Red Rock Canyon loop.
I found 29 caches on that day trip to Whidbey Island, with several being Earthcaches, so I had over 100 Earthcaches found on my profile, to log the Nevada cache, but now I had to finish finding the caches to fulfill the requirements to log the Holiday Challenge from Washington. Today (Feb 8th) I found the last Holiday Cache I needed to log the Holiday Challenge cache I found during that trip. Lol, Boy, that was a mouthful to explain. 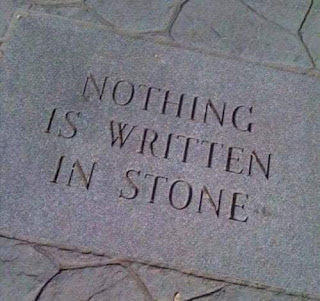