So as you can see from my last "blog", I have been planning to head to the States to do a day of caching. I headed down on a Friday morning and thought I might stay over night and cache my way home on Saturday. I had a list of about 50 caches for the trip, but several of them were just to fill in empty spots if I had the time to grab them. My plan was to get some very specific caches for challenges, or with lots of fave points as well as several Earthcaches. 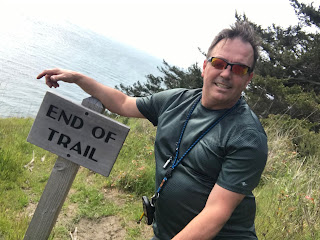 I did about 400 km round trip by car, but, I also did a 6.5 km round trip hike, plus another 2 km hike in hard terrain area, and in total, I logged a total of 8 Earthcaches, 1 Multi-Cache, 18 Traditional's, 2 of which where needed for a challenge cache. A total of only 27 caches, but with a total of 920 Favorite points on them. I was also able to sign a Challenge cache but need 2 more caches to be able to log it, and I was also able to log a Challenge cache I got while I was down in Las Vegas in February because the 8 Earthcaches I found have now put me over 100 Earthcache finds. 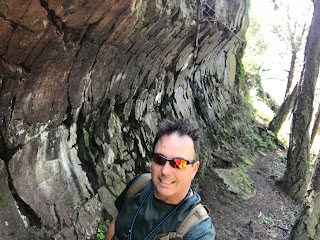 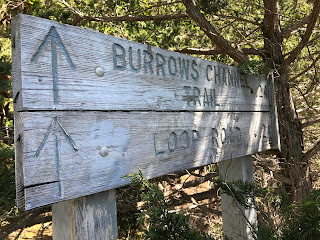 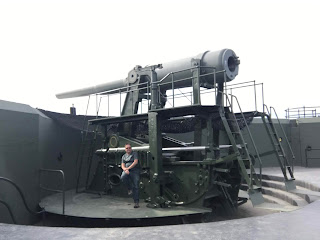 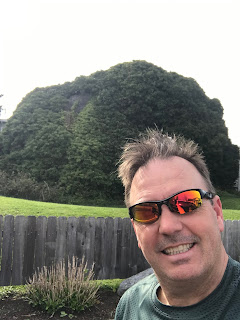 That is an Erratic under those bushes
The Boulder under those bushes is about 30 feet tall by about 40 feet wide.
An Erratic is a rock or boulder that differs from the surrounding rock and is believed to have been brought from a distance by glacial action.


I also found a cache that was hidden in March 2001, which helps fill in a blank on my Jasmer chart.

Jasmer Challenge: One of the oldest and most popular geocaching challenges is the Jasmer Challenge. To complete the challenge, you must fill your Jasmer grid by finding caches placed in every month since geocaching began in May 2000. Popular in the United States, the Jasmer requires geocachers find one cache hidden each month since geocaching began in May 2000. To give you a sense of the breadth of this challenge, there are less than 120 caches hidden in 2000 that are still active. I still have 9 in 2000 and 2001 that I need to find....Geocaching road trip, anyone? 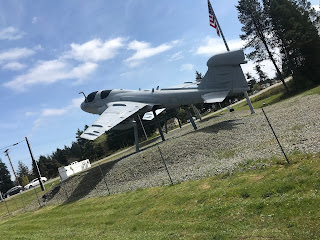 I did this multi cache, which was near an airbase and while I was there collecting info for the second stage, several fighter jets were doing maneuvers in the sky above me. Very Cool!!! 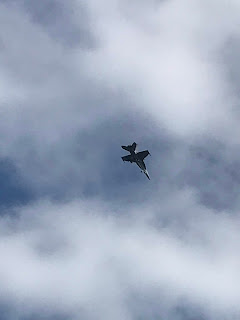 At the beginning of April, Oliver and I did a cache in a Library (which you can see in this "Video")
It was for the April Geochallenge where you needed to find a cache in a front yard or at a business or inside a Library. During this day trip, I actually found 4 caches that would also qualify for that challenge. One was a front yard Free Library, one was at a roadside Market shop, one was at a roadside Ice cream shop, and the other one was inside a greenhouse at a plant and flower shop. 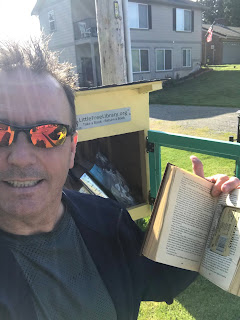 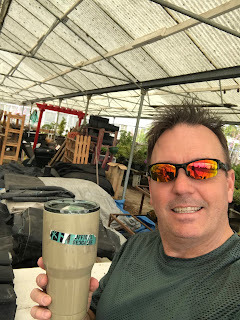 "Flower Power" cache in a Greenhouse

So after my day trip, I was looking at my stats for geocaching (Yes, I'm a bit of a nerd) on "My Geocaching Profile"
I noticed that during this trip, I did the "Most Well Rounded D/T Day" which means I found 16 different combinations of Difficulty and Terrain caches. Way cool as I wasn't even planning that. 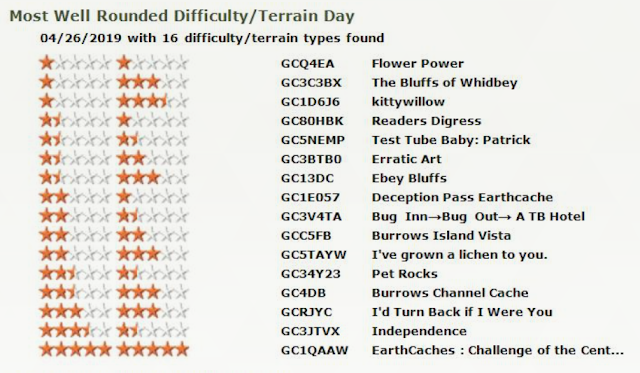 Now I am looking forward to the next time I can do a day or weekend trip just for caching. Road Trip anyone??


Other Road Trips
Headed out to Tsawwassen for a show but got into town early, so I went and grabbed a puzzle and traditional cache on the way into town. 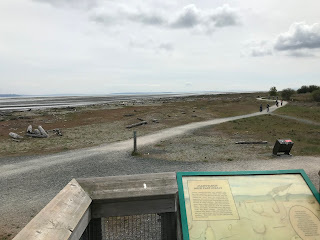 When I got there I went for a nice walk out on the flats of Boundary Bay, and grabbed a Multi cache and an earthcache called "Boundary Bay Earthcache"
I then headed into town and grabbed several other caches. It was such a beautiful day and the sun was shining, so I just had to get out there.


Upcoming trips
I have already started looking at caches I would like to get when I head to Edmonton, Alberta in July, for my Nephew's wedding, then in August not only will I be heading to Las Vegas as always for a 4 day magic convention, where I will be there for 10 days, but I will also be taking Oliver to California for a trip to LEGOLAND!! After Vegas and LEGOLAND, I have a show in Saskatchewan that I will be flying to but will be sure to grab some caches, near the hotel and venue. Also the Gold country events will be in September and I am looking forward to heading to the Merritt, Lytton, and Ashcroft areas for it.

So the Geochallenge from the "Geocaching Vlogger" for May is to find a cache involving a Mural or a cache by a mural. I have found several mural caches in the past. Usually you have to get some info from them such as counting objects or using word within them and then change that info into letters and each letter is represented by a number which helps form the cache co-ordinates. 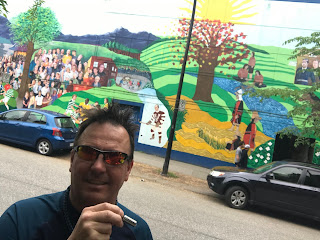 I found this one which was on the side of a legion about the history of Veterans Day called "Lest We Forget: Veteran's Memorial Mural" for the challenge!!

So recently Oliver and I have been doing videos while caching and I have loaded a few up onto our NEW YouTube channel so far. He wanted to start a YouTube channel of his own for caching videos, so I have set one up for us. If you want to check out our progress so far and give us some feedback that would greatly be appreciated. Here are links to 2 of the videos:
"Library Cache Geochallenge"(I wrote about this challenge in last months blog)
"Travel Bug caching"
Please check these out and our new YouTube channel, and comment on the videos, and subscribe to our channel. As I get better with editing, they will look a little nicer. lol 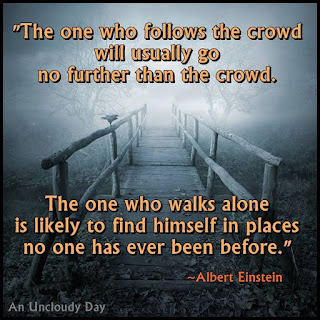