Back to gold country and a meeting with a Bear!!

So on June 22, I decided to take a spontaneous trip back up to the gold country to grab some of the Gold Country caches that I missed or had to DNF because of flooding on my last excursion out that way for the Gold Country Events in May, that you can read about in a previous Blog. I headed towards Lytton and was able to grab a Gold Country cache on the way thru Kanaka Bar that I DNF'ed the last trip thru. I also grabbed another Gold Country cache that I would have been FTF had it not been muggled before the event last trip up.
It was getting late and starting to rain by this time so I decided to travel a bit further before stopping for the night.
I awoke early the next morning and headed towards Cache Creek where I would grab a quick breakfast and 3 caches. I then headed to nearby Ashcroft and by 8 am I had already found 6 Gold Country caches that day!! 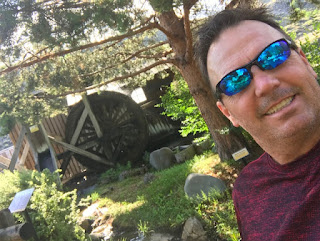 One of the caches was in this cool little park and cammoed so it could be in plain view.

As I drove thru and cached in the little town of Ashcroft everything looks like it’s an antique and the town had a very antique feel to it. It sorta looked like a movie set and the buildings looked like they were just backdrops. Very cool!! 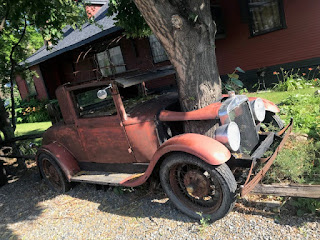 Kinda curious as to how long this car was there for the tree to grow thru it!!

I then headed up the road heading towards Logan Lake. I grabbed a few caches along the way including one more Gold Country Cache. I drove right by a cache that was published in May and had not been found yet, but I did not know this until I got back home. The first time I've not looked to see if any new caches were in the area I was travelling to. Aaaargg!! 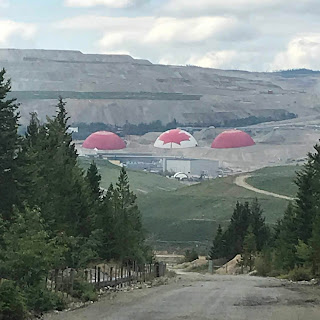 This was the view from just down the road of Gold Country-Highland Valley Copper Mine
A very cool looking Canada Flag. 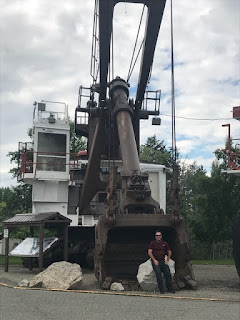 Got into Logan Lake and grabbed a couple more Gold Country Caches before heading towards Merritt. I finally grabbed the Gold Country- Merritt Viewpoint cache which I have tried to get anytime thru here, but the gate was either closed and last time the floods kept some of the bridges closed, so I was not able to get it.
I then headed on down the highway, heading back towards home, with a stop for one more cache along the way.
So in total on my quick little trip to the Gold Country, I found only 17 caches of which 12 were gold country caches. I was not there to get as many as I could, I was being quite selective.

For the Canada Day long weekend my little boy and I headed out to Harrison Lake for a Canada Day celebration with about 30 other magicians and their families. We headed to Harrison Mills the night before and stayed at the Sasquatch Inn. We grabbed a few caches before checking into the hotel. 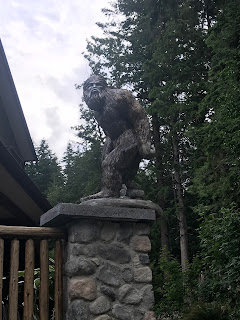 We got up early the next day and headed towards Harrison Lake and grabbed a couple of caches along the way. What a great weekend of fun with my little boy!!

So this evening after work I decided to throw the bike in the car and head to Pitt River Dyke trail and ride the trail and grab a few caches that I have not gotten yet. I parked at Victoria Drive and Cedar drive. I unloaded the bike and headed down the Dyke. I had already gotten 1 thru 7 of the DS-PR series back in November 2013 while in town for a Magic convention.
I didn't stop at DS-PR #8 as I heard something moving in the bushes nearby.(I read about recent bear sightings) I stopped and grabbed DS-PR #9 and moved forward thinking I will come back and get #8 on the way out. Got the rest of the series and then "Pitt's Outpost-Bear Scare" (another hint maybe?) cache. I then headed towards "Hook Me Up", even after reading StickmanBC's log of seeing a bear nearby. I had already pulled out my bear spray from my backpack and was carrying it in my hand. 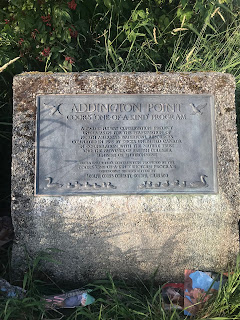 After taking way too long getting this one, because it was breezy and every little sound of brush movement startled me, I decided to head up the path to Oliver road as I thought it would be an easier route and possibly shorter. Shorter maybe? NOT easier!! Part way down the road before the turnoff to Minnekhada park, I came across the first of 2 bears I would encounter. I spooked him and he jumped out onto the trail. I jumped off my bike, pulled the cap off the bear spray and started backing up keeping the bike between me and him. As I backed up a bit further, I though he was just gonna head off into the bush, so I grabbed my phone to take a pic before he scrambled away. He then stood up on his back legs. 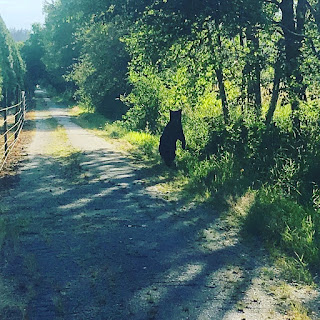 What he did next, I was almost kind of expecting...he then charged at me and I sprayed the bear spray towards him, and started walking backwards again. He stopped, and I could now taste the bearspray. My eye's started watering and burning as I kept walking backwards, hoping I would still be able to see him. He then turned and headed off into the bush. I waited about a minute and then slowly walked past the spot he headed into. I was blinking quite a bit by this time and my nose and eye's were on fire, and I was gaging and coughing from the spray that may have saved me!!
After getting a little way past the spot, I jumped on my bike and headed away. When I got to the turnoff to the park, I stopped and drank some water and splashed my face and eye's.
As I got a bit further down the road a girl on a bike was coming towards the area. I stopped her and told her there was a bear up ahead. She pointed back down the road from where she came from and I could see headlights and she said that was the park ranger, out this way to chase off a bear. I thought she meant the one I was just with. NOPE, as we started to ride away, another one appeared across the ditch. 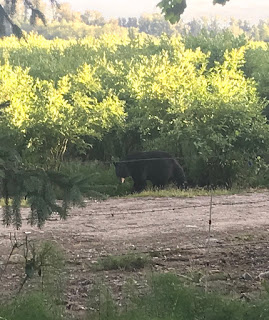 I took a couple of quick pics and continued on, as she continued to take pics. I stopped at the Ranger to let them know where the bears were, and she drove towards them. I made it back to the car, threw some more water on my face, loaded up the bike and headed home, with my eye's, nose, face and arms still burning. 8.1km round trip, 9 caches, 2 bears, 1 bicycle, What a great night. lol

Looking forward to my upcoming trip to Las Vegas, Nevada, Bakersfield, California, Los Angeles, and Hollywood. Probably not going to get too many caches as the 2 weeks will be filled with Magic conventions and shows. 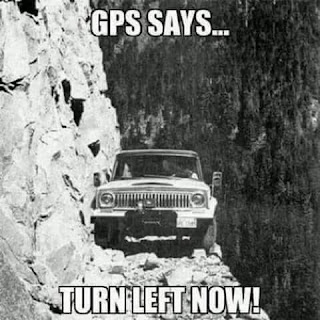