GPS, or Global Positioning System, was developed by the US Department of Defense. This satellite navigation system was intended for military use and therefore the signals were scrambled, limiting accuracy for civilian use to about 100 meters. On May 1, 2000, President Clinton announced that this scrambling, known as Selective Availability (SA), would be turned off. Civilians were then able to enjoy accuracy on the order of 10 meters.
On May 3, 2000, Dave Ulmer proposed a way to celebrate the demise of SA. He hid a bucket of trinkets in the woods outside Portland, Oregon and announced its location in a posting made to the USENET newsgroup sci.geo.satellite-nav. This announcement is remarkable for laying out the essence of the hobby that is still in place today. It's all there. The container. The trinkets. The log book. The rule of take something, leave something, sign the logbook. Dave Ulmer invented geocaching in one fell swoop in that newsgroup posting.
Within a day, the original stash had been found. Within days, more stashes had been hidden in California, Kansas, and Illinois. Within a month, a stash had been hidden as far away as Australia. The hobby was fast on its way to being a worldwide phenomenon.
18 years later and there are over 3 million caches hidden worldwide!!!! #geocaching

I found my first cache find on 09/07/2008 and have been caching now for almost 10 years, and writing this blog every month since 2012!!!
I was fortunate enough to visit the original spot on July 1/2010 where this momentous cache was placed. The original container is no longer there, but it has been replaced by the "Original Stash Tribute Plaque"

That same weekend we found the A.P.E. Cache and went to Geowoodstock VIII 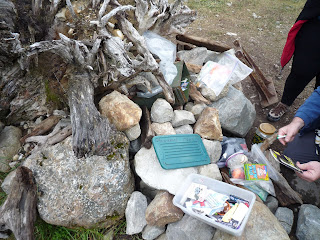 
This was my log from the Geowoodstock event:
This was my first Mega event, and I must say it was AWESOME!!!! Had a ton of fun, met a load of interesting people from all over. Met MNT-MAN(He was our BC cache reviewer at the time) Saw lots of interesting stuff and grabbed lots of interesting caches on the road to get here. All in all a very cool trip. Thanx to all that made it happen, and I was glad to have done it with some great friends from BC. T4TE

Was at a Lego convention with my little boy last month and I purchased an engraved Lego mini figure and keychain. It is now trackable on geocaching.com 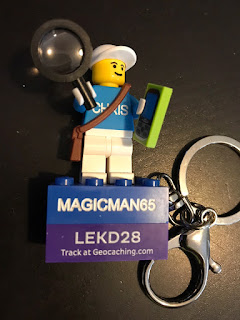 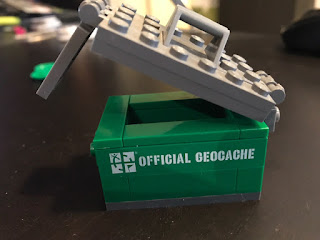 The weekend of May 11-13 was the Gold Country Events.

I went to the second of three gold country events in Merritt. I got to town early to check-in for the event and saw some familiar faces from Vancouver Island, and the Vancouver area. 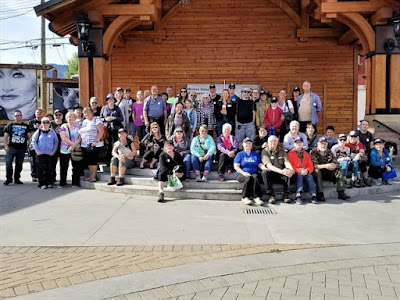 Some new caches were to be released and coordinates were given out as they were not published yet. (Have never been a fan of this, getting co-ordinates earlier than they are published) I went anyway as I wanted to grab a few of the new caches. I shared a first to find with Kylekite, which is very weird because we just shared for first to find on 4 caches back in Coquitlam about a week and a half ago. Lol
Flooding

Last time I was through this area there was so much smoke it was ridiculous with all the fires that were burning in the Logan lake and cache Creek areas and this time, no smoke but flooding everywhere. 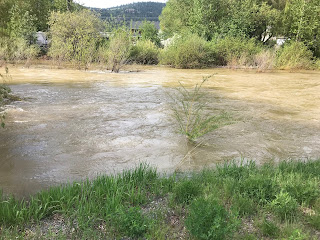 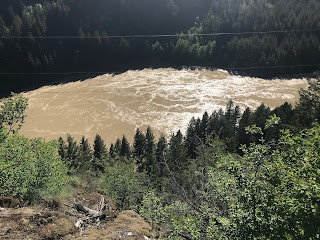 The Fraser river was flowing fast!!

They had to move the event in Merritt before it even started, because of flooding and two of the bridges where closed.
After the event was over and I went to get the FTF on one of the new caches, I then went to leave town and one of the bridges that was closed had opened briefly, which was good, that I got through as it was only an hour long trip to the next event in Lytton versus 2 1/2 hour roundabout trip to Lytton through Logan Lake and Ashcroft.


I did several caches along the way trying to collect the rest of the stickers I need for the gold coin from gold country.


I got to Spences Bridge and met up with some other cachers from the event this morning in Merritt, I grabbed a cache with them and then I then continued on down the road heading to Lytton grabbing a few more caches along the way. I got a cache called "A wise man once said...."
It was in a yard and there was a bunch of art and sculptures made out of many different objects.

Day three of the events but only day two for me 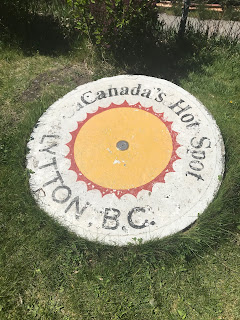 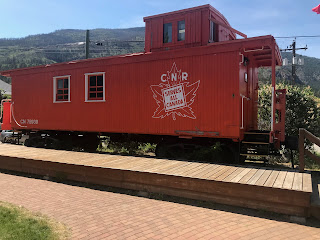 Today was the wrap up event in Lytton in Caboose Park, so I got up this morning and went out and grabbed a few caches nearby that I did not get yesterday when I got to town. The event was a good one, with some mini events that took me around town on a scavenger hunt with some other cachers (Momma and Baby Bear)


Had a great time at the event and even won a couple of prizes including a cool geo coin that is a limited addition coin. 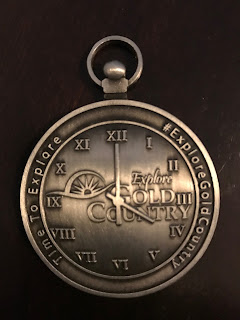 On the highway heading towards Hope from the gold country area, there are 7 tunnels that you go thru along the way. 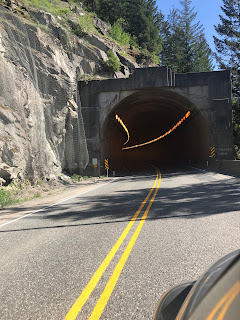 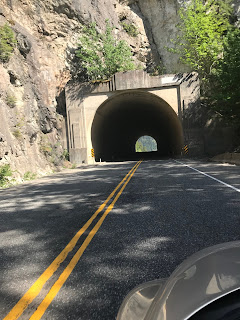 Some are curved and longer and some are quite short. But there is a cache called "The 8th Tunnel" in an awesome location. 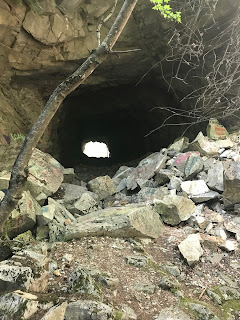 It is a tunnel that is about 100 metres off the road on a short hike thru the woods, that does not see any Vehicle traffic . The 8th Tunnel was part of the old Trans-Canada highway that included the Alexandra bridge used in the 1950's before the new highway and tunnels were built. Below in this blog, you will see that I did some caching at the Bridge also.

The Fraser Canyon Highway Tunnels were constructed in the late 1950s to about the mid 1960's as part of a Trans-Canada Highway project. There are 7 tunnels in total, the shortest being about 57 metres (190 ft); the longest, is about 610 metres (2,000 ft) and is one of North America's longest. They are situated between Yale and Boston Bar.

In order from south to north, they are:
Yale,
Saddle Rock,
Sailor Bar,
Alexandra,
Hell's Gate,
Ferrabee and,
China Bar.

The Hell's Gate tunnel is the only tunnel that does not have lights, while the China Bar tunnel is the only tunnel that requires ventilation. A project at the Ferrabee Tunnel was to install warning lights that are activated by cyclists before they enter the tunnel. This was required because the tunnel is curved. Later on, the China Bar and Alexandra tunnels got the same warning lights as they too are curved. 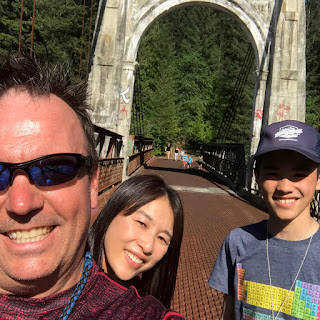 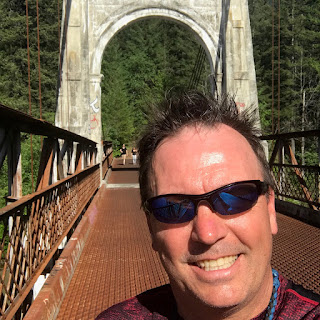 from the event also heading home, so we teamed up and grabbed several caches together. Left the bridge and grabbed a few more on the way back into town. A great 2 day trip!!!