So I started doing a very cool cache this past month that will take me all around the world. Well sort of??
The cache is called "World Cache" and there are caches in 5 countries that are linked together.

For example, the team member in Australia finds Stage 1 of World Cache (Australia), and e-mails the coordinates they find to their teammate in Germany, who can then find Stage 2 of World Cache (Germany). At their local Stage 2, the Germany team will find the coordinates for Stage 3 of World Cache (United Kingdom), which they will e-mail to their UK teammate.
Sounds a bit confusing, but I think its gonna be a lot of fun chatting with other cachers from around the world, to help me find cache stages around here, and I have their coordinates
The first step was to post on the cache page here in Canada (Vancouver) and the cache pages in the U.S.A., Germany, Australia, and the United Kingdom, to see who would want to join up as a team.

I was able to set up a team of cachers from around the world:
Magicman65 Canada (me)
Mr.Irieman in the United Kingdom
Rubymoon05 in Australia
Kerri Bear from U.S.A.
Phantomias01 from Germany

We have set up an email list to chat with each other and swap information. Its cool getting to know other cachers in different parts of the world. I will continue this story as it progresses.

NOTE: The highlighted underlined words in my blog can be clicked on as they are links to other cool stuff!! Also if you click on any of the pictures they become bigger!!!

Pirate cache
Went out with my little boy for a few caches and found a cool multi that was pirate themed. I really enjoy the fact that he enjoys caching, and looking for treasure. He must have spotted at least 20 banana slugs along the way. 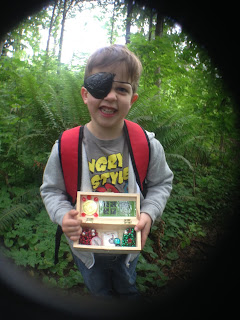 Usually when I travel for shows out of town, I like to find Challenge Caches. If I have not completed the challenge, its fun to try and complete the requirements before getting the challenge cache. Just went over to the island to do close up Magic at the Victoria Magic Circles 50th Anniversary show at the McPhearson Playhouse. Traveled over there with fellow Magician and cacher "Close Up Matt". And as I said, I searched out and found 2 Challenge Caches while there.

But last Spring, groundspeak paused accepting submissions for new challenge caches to collect data and reevaluate the impact they have on the game. Well they just announced that new challenge caches can now be submitted in accordance with the updated Challenge Cache Guidelines.

P.S. Wondering what a challenge cache is? Challenge caches allow geocache owners to create “challenges” you have to accomplish before you can log a specific geocache, like meeting the challenge of finding a geocache on every day of the year. 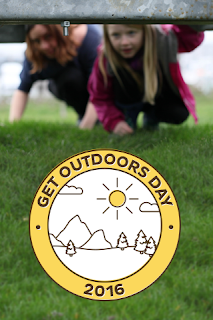 On June 11/16 it was "Get Outdoors Day" and Groundspeak had a new souvenir for getting out and grabbing a cache or attending an event. I was able to get 2 caches today, one early in the morning and one later in the evening with my sweetheart and our little boy. The cache we got was probably the closest cache to us where we have lived for the past 2 1/2 years, and we finally went to get it. lol

As of writing this, I am getting ready to head to Mission and the Fraser River Heritage park where the Mission Children's Festival is taking place and the F.V.M.C.(Fraser Valley Magic Circle) is holding its "Children's Entertainer of the Year" competition where I will be the M.C. as I won this prestigious award last year. Also as I type, I am sitting at 3999 cache finds. Will today be the day I find my 4000th cache?? Well, I will save that story for next month!!!

"Children's Magician of the Year"
I got to M.C. this awesome event at the Mission Children's Festival as I had won it last year. There was 6 acts competing for this award, and it was a great afternoon with over 300 kids and 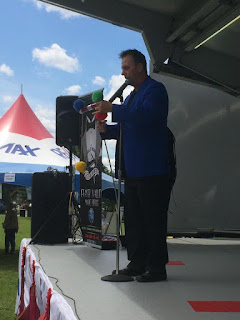 hundreds of adults at the festival. Thanx to all those that competed for this coveted award!!! 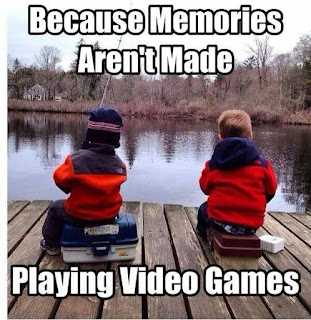