Geocaching stats are all about Numbers, not only how many caches you've found, how many caches there are in the world, or how many cachers are out there hunting for caches. Its also about many other numbers and statistics. This months blog, I look at some of my numbers.
So far to date I have found over 3600 Caches since starting in Sept/2008

Are you an avid geocacher? Do you have a favourite cache type? According to the Groundspeak website, there are 20 geocache types to find – that’s right, TWENTY!! Although some are much more rare than others, of course, and some are not even listed on the geocaching website (such as waymarks) This is a list of my current finds of the different cache types. 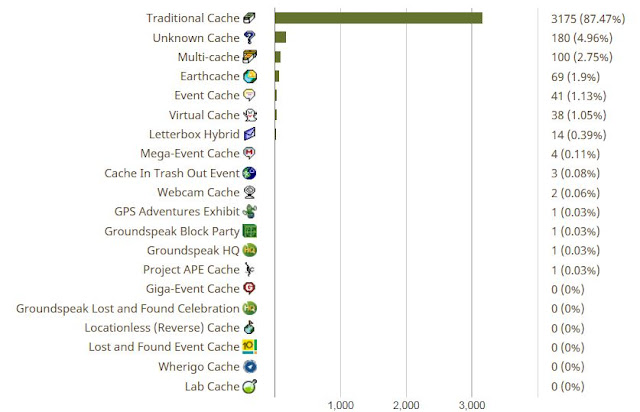 The overwhelming majority of caches I have found are traditional: 88%, in fact. This comes as no surprise, as traditional caches remain the most common type of cache.
I still have a few kinds to find:


I have found caches on every day of the year, including February 29th on a leap year.

As well as I've found caches that have been placed(published) on every day of the year.
(Just a few weeks ago I searched out a cache to finish this chart so I could log a challenge cache while I was in Alberta)

My longest geocaching streak was 400 days in a row finding at least one cache per day, but in that time I found a total of 1105 caches. So as you can see I was doing more than one a day most of the time.


I've found caches from as close as 220 metres away from my home to as far as 6013 Km away from home, while we were in Panama to get Married. These stats changed a bit when we moved from Courtenay to Victoria and then to Port Moody, BC where we live now. 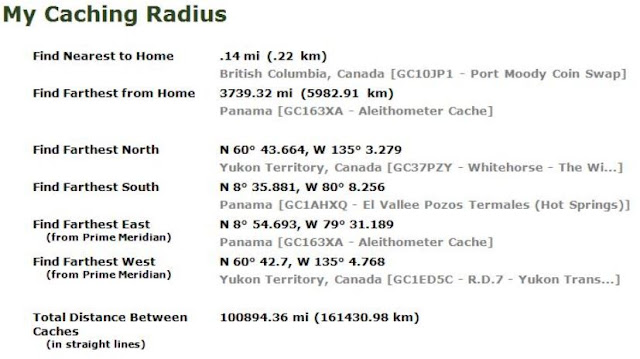 As you can see in the picture above, I have traveled a total distance of 161,431km between caches(in a straight line) which would be farther when you factor in roads and such. WOW, that's a lot of walking!!! LOL
The chart below looks at distances away from home and shows how many caches I have found in distance, and what percentage each group is. This chart is not very accurate as it has changed because of our move from Vancouver Island, Most of my caches to date have probably been found in and around the Courtenay, BC area, where I got started caching, but now show that they are 100km to 250km away because I now live in Port Moody, BC 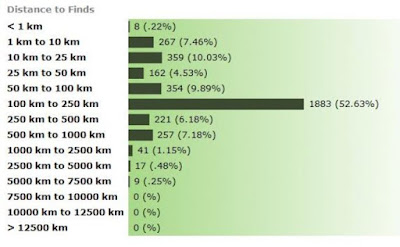 NOTE: After writing this I went out and found 4 caches that has reduced this chart to only needing 14 more from the 18 it shows in the pic, although one was a liars cache, so I will still want to get that combination for real.
Note: A liars cache is where the story or write up of the cache says its almost impossible to get at the cache, and the D/T is made up and exaggerated. And the cache owner wants you to write up a story in your log to reflect the story of the cache. Usually these are easy to get, and not as difficult as it shows in the write up. Not a big fan of these, although I have found a couple.
﻿
I have also found some very old caches as well as a few firsts. I have found the First cache ever placed in Alberta(Strathcona Wilderness 1) which is also the second placed cache in Canada. The first in Canada is in Nova Scotia. I also have found the first in British Columbia(Tree Hugger) and I have visited the location of the very first ever cache, down in Beavercreek, Oregon. One day I wish to go to Nova Scotia to find Canada's first ever cache!!!﻿

Speaking of first's I have found many FTF's(First to find)
This is something that is not governed by Groundspeak(Geocaching HeadQuarters)
A FTF is when you are the first to find a newly published cache. Sometimes there is a prize in the cache from anything such as a loonie, townie, lotto ticket to something with more value. But usually finding it first for the bragging rights is just reward enough. As of writing this blog I have accumulated 340 FTF's(Ya, I like being first. lol)

My most well rounded container type day, I found 6 different types of containers in one day:

These were found while caching on a Magic shows tour, did not even try to accomplish this, it just happened, as I was caching on route from one show to another. lol


I have found caches placed in 169 out of the 183 months since geocaching began in May/2000
Apparently there are only 3 caches remaining in the world that were placed in May of 2000. I have set a goal to find a cache that was placed in October of 2003 to fill that blank spot in the middle of nowhere. After that I will have to start searching for some of the others, I will keep you posted. lol 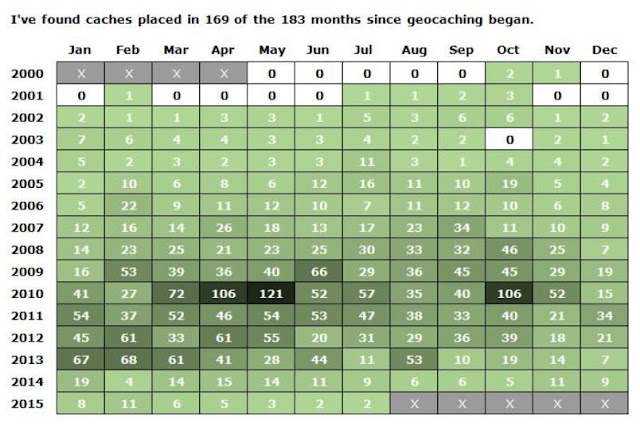 NOTE: Shortly after writing this I went and did a multi cache called Fort to Fort with caching friend Close Up Matt, which was published in October of 2003 to fill in that space!!
Although there are a lot of different numbers, I think the best number of all is the number of friends I have made through Geocaching!!! 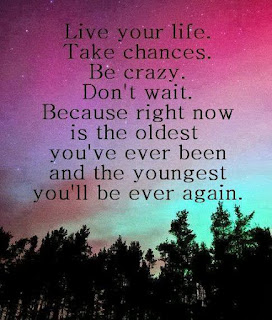 Well that's it for this month
Keep on caching
Chris Yuill
Magicman65
at August 28, 2015