Caching with friends
Went out for a day of caching with my friend and fellow magician and new cacher Close Up Matt.
We did a bit of a powertrail, but the main cache I was interested in getting was "fort to fort"
It was my 100th Multi cache(pretty low number considering I have found 3644 caches) but the main reason I wanted to get it was because it was published in October 2003 and I wanted to fill a spot on my Jasmer chart. (See previous blog) We had a fun day caching and chatting about caching and Magic.

I found several caches while on the way to Whistler for a show. Three of them were Earthcaches. I find earthcaches fascinating as they usually take you to such an awesome spot or view, and these three were no exception.

Headed down to Stanwood, Washington again this year for the annual Meyers Magic picnic at their house on Crabapple lake. This is an annual event that about 50-100 magicians get together at for food, fun, and frivolity. 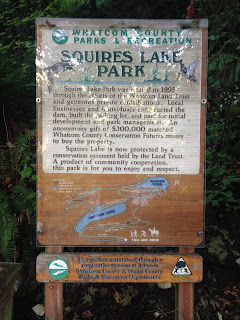 We stopped at a hiking trail on our way down, and did a nice walk around Squire lake that was up in the hills. We found 5 caches and we also accidently found an old letterbox. It is not listed on geocaching site, and I even looked for it on a letterboxing site, but could not find it listed anywhere. From the info on the box It looks as if the owners had a geocaching account but are inactive now. Pretty funny to find something like that. 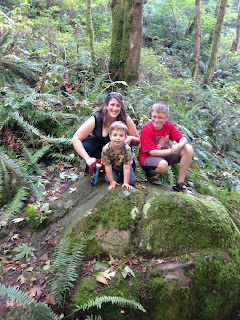 While we were at the picnic, Close up Matt and I went down the road for a nearby cache, it was a pretty cool one as you can see by the picture. It was also Matt's first U.S. cache.
On the way back home, we stopped at a rest area for a quick multi that was pretty cool called Who's your Buddy? To get the co-ords to the final you had to get the serial number off the hand dryers in the washroom. Both the men's and women's washroom!!! Luckily we had both of us there to do this. lol
At the beginning of this blog, I mentioned that we did a bit of a Power trail some time back. I am not a fan of power trails at all, even though I have done some. My question to you is, "do you like power trail caches?" 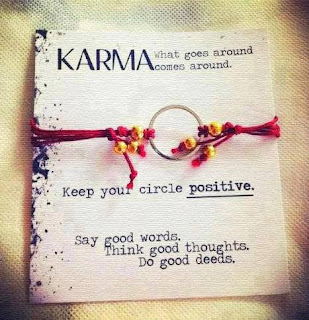 Well that's it for this month
Keep on caching
Chris Yuill
Magicman65
﻿
at September 12, 2015