Flashbacks of where it all started!!


Facebook has recently started doing a thing where they flashback to some of your memories that you posted in the past. It is called "On this Day" and basically its a look at your posts, or posts that you've been tagged in, on that specific day from last year and years beyond. This month at the beginning of the month some pictures from 5 years ago popped up, of our trip to Geowoodstock in Carnation, Washington and us going to the original stash cache, in Beaver Creek, Oregon(5 years ago in July) We also went and did the A.P.E. cache which is no longer around today. Plus we found the oldest cache I have ever found as of yet called "Iron Horse"

Since I had started blogging and writing about my adventures in July of 2012(3 years ago) I never got a chance to write about this adventure!!!


The trip down was an excellent adventure in itself. Friends and fun was all it took.
We(Angelcheeks, C2C2C, Toby and Me, and I) did a bunch of caching along the way, but the real excitement came when we were less that a kilometre away on a windy road leading up to the cache that started it all. We were like little school kids heading out for a field trip. We got so excited knowing we were gonna go to, and touch the very spot where geocaching was born back on May 3rd, 2000 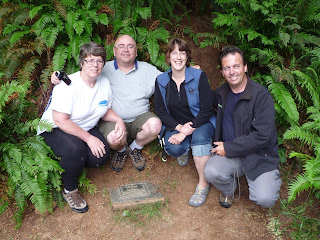 It was nice to travel down to the event and original cache with friends. We had a great time, and we also helped at the British Columbia Geocachers association booth while at the event. A couple years later I would become the Vice President of the B.C.G.A. and hold that term for 3 plus years. 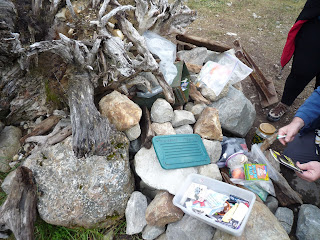 This location was home to a Project APE cache, a cache hidden with permission for the Planet of the Apes Promotion in 2001. Moun10Bike and Jeremy(co-owner of Groundspeak) were the original covert placers of that cache, but Moun10Bike took over complete ownership. When that cache was placed, it contained a torch from the movie, as a prize for the FTF. This cache was the spot of one of the most revered geocaches in the world. It has been a veritable point of pilgrimage for Geocachers worldwide. Sadly it has since been stolen. We enjoyed the hike up the back side of the mountain(The Snoqualmie tunnel was closed at that time) but we would also return a couple years later to celebrate this cache and have the chance to walk thru the 3.7 km tunnel but you can read about that in one of my previous blogs

Geowoodstock was our first Mega event that we would attend. It was an awesome time, and we even got to meet MTN-MAN which at the time was B.C.'s geocaching reviewer. There were many booths at the event, all kinds of geo-swag to buy and look at. There were food vendors and prizes all day long. 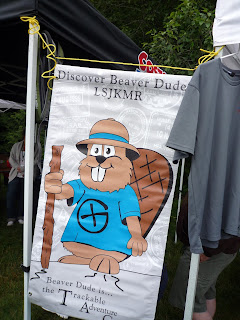 There was in excess of 4,000 people at this event, and it was run very smoothly. We had a great trip, a great bunch of caching, and an awesome event, and we were thankful to have done it with some great friends. 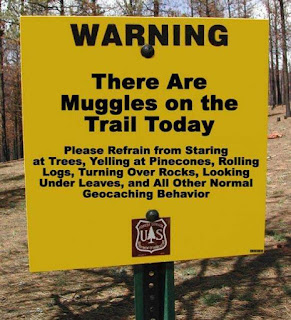