End of the year

NOTE: The highlighted words in my blog can be clicked on as they are links to other cool stuff!!
PS: On the right hand side of this webpage is where you can find my YouTube, Twitter, Instagram, and Google Plus links. Please feel free to check them out and follow or subscribe!!!


A friend posted on a FB geocaching page that a moving cache was now on Vancouver island, called "Jacob's MOVING Cache. I put it on my watch list as I knew I would be heading over there for shows soon. I saw it move around a bit and then it sat for about 3 days. I was surprised with as many people that said they were interested in getting it, that it was there that long.  I got to Nanaimo on December 5 for a show that night. The next morning I was up early and headed up to Rathtrevor beach about 40km away, to grab the cache. The gates to the park were closed of course, since it was only about 7am. But I decided to make the early morning trek in the dark, as I was determined to have another moving cache on my logs. In fact, I just wrote about moving caches a few months ago.
After I grabbed the cache I posted a note on the cache page saying I picked it up and also saying I was thinking of taking it back to the mainland but was just kidding to get a rise out of my island friends. I used to live here and am friends with many of the cachers here on the island, so of course I would love them to have a chance to grab this cache.

While on the island after grabbing the moving cache, I went out and grabbed another dozen caches before my show that evening.
Have you ever had déjà vu??   Have you ever had déjà vu?? Oh sorry.....
I went to get a cache called "Pin Drop" and as I arrived at it, I was saying, I have come to this cache before. It was during our(Angelcheeks and I) first geo frenzy day where we went out one day to try to get 100 caches.(we ended up only doing 71) We have since broken that record on the day that we did 200 caches in a 12 1/2hr period. But as I got to "Pin Drop" I knew we had been here before and I thought maybe we found it, but forgot to log it(I have done that before, read my past blog "A cache a day")
After a bit of searching, I found it and I realized we may have DNF'ed it that day.


So this year I decided to compete in as many Magic Competitions as possible. I did quite good, and the only competition I entered that I did not place 1st or 2nd was at the P.C.A.M


Here is a list of my 2014 awards and trophy's:
-February 1-Victoria Magic Circle "Farquhar" Award 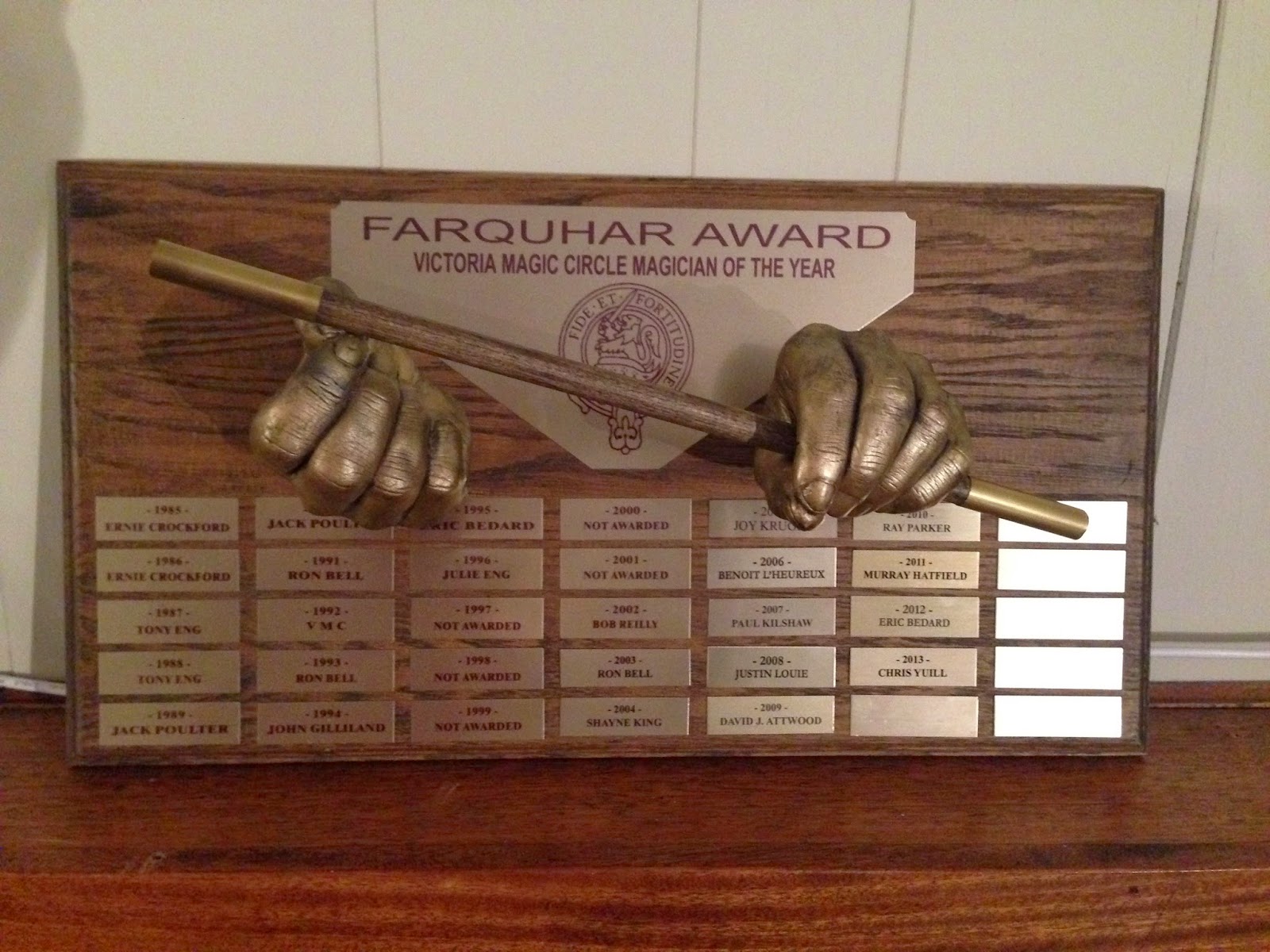 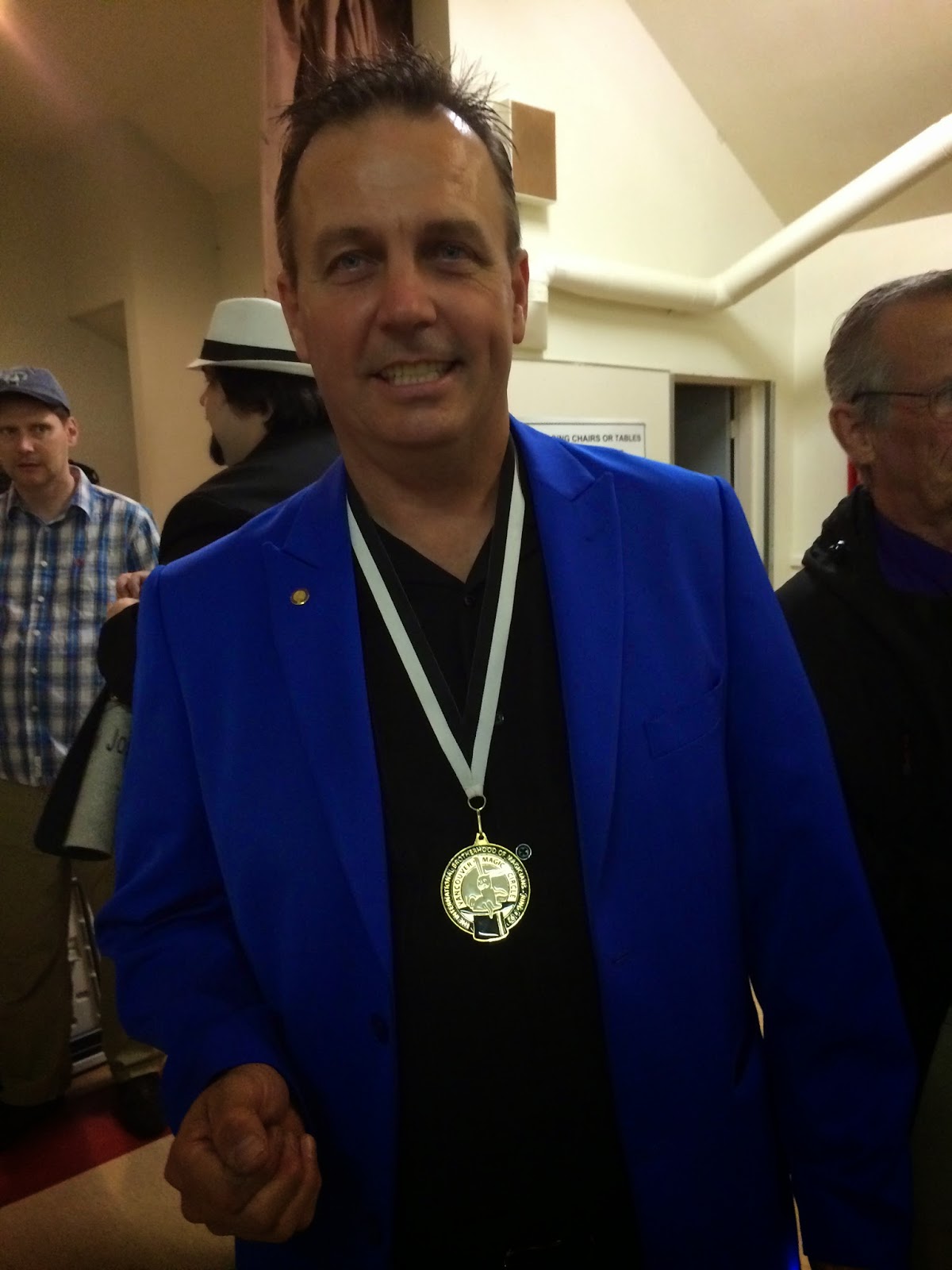 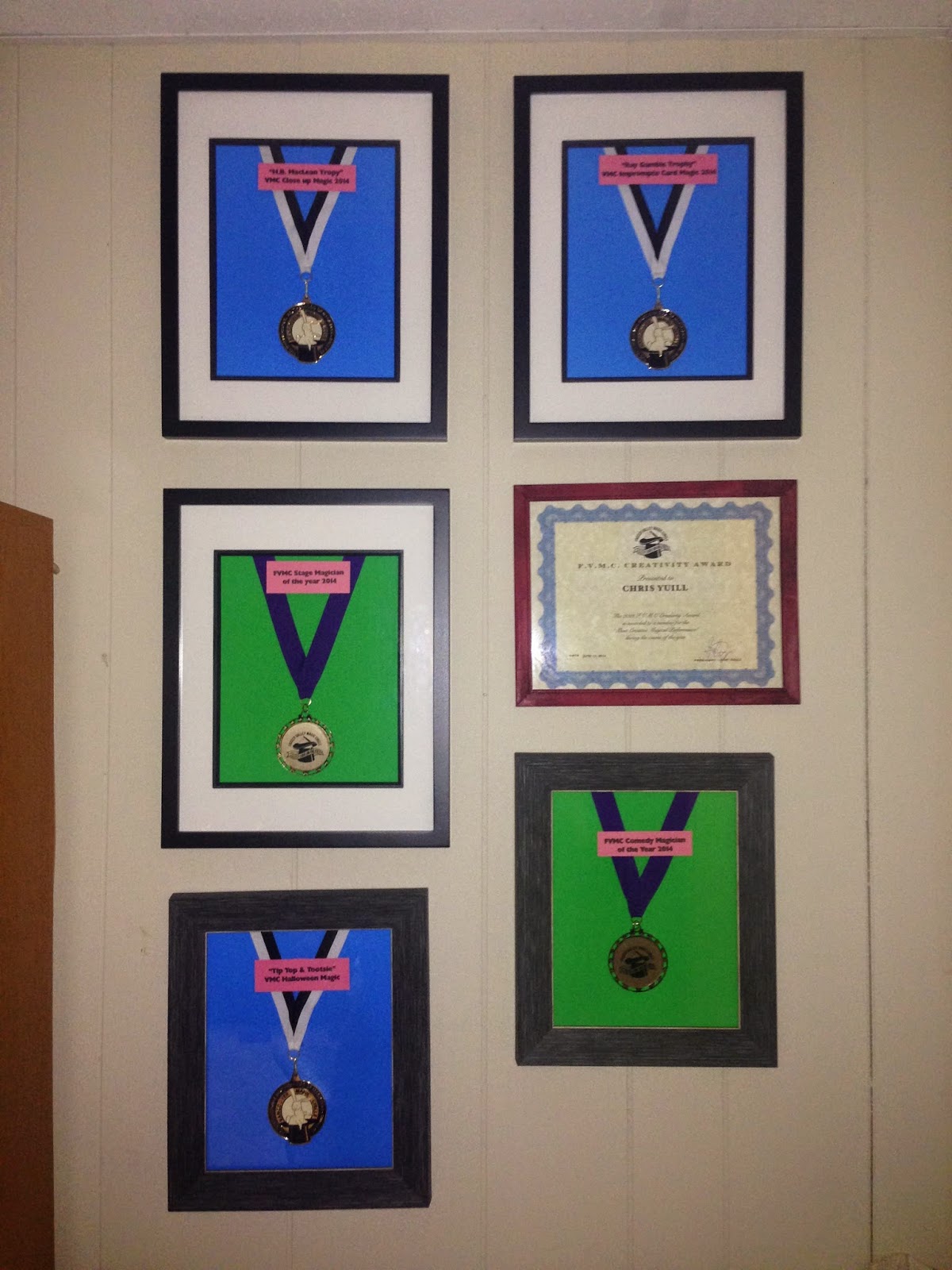 Two Achievement Awards
Five 1st place trophy's
Four 2nd place wins
All in all a great year of caching and Magic. At this time I would like to thank my lovey wife Jenna, for allowing me to follow these goals in Magic and Caching(PS it was her that got me hooked in caching) She also gave me the greatest gift any wife could give her man, by having the silly little boy that we have had the joy of loving for the last 2 1/2 years.
I would like to wish everyone of my friends a very Merry Christmas and an awesome New Year!!!! 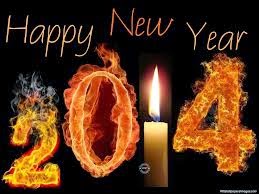