NOTE: The highlighted underlined words in my blog can be clicked on as they are links to other cool stuff!!

At the beginning of July I got a few FTFs. I was at home, when a couple of new caches got published. I headed out the door. The first one was at the Dairy Queen down the street. The second one was down on Barnet hwy. It was a blitz cache named "Wicked!!". I raced there and as I reached GZ I found the very cool caching container. I took pics of course but will not post them on my blog so as not to spoil the surprise.


Another cache came out awhile later but I decided not to go after it as I was already busy with other things away from home. We got back home after being out for awhile and I noticed this new cache was not logged yet. Out the door I go in hopes of another FTF. Well the cache was over 2 1/2hrs old and I still was the first to sign. YAY another FTF!!
This past month(July) also marks the anniversary of me living on the mainland one year now. I have been doing quite a bit of caching since I've been over here and a lot of fun and different unique hides. Here are some pictures of some different cool Hides Since I've been here. 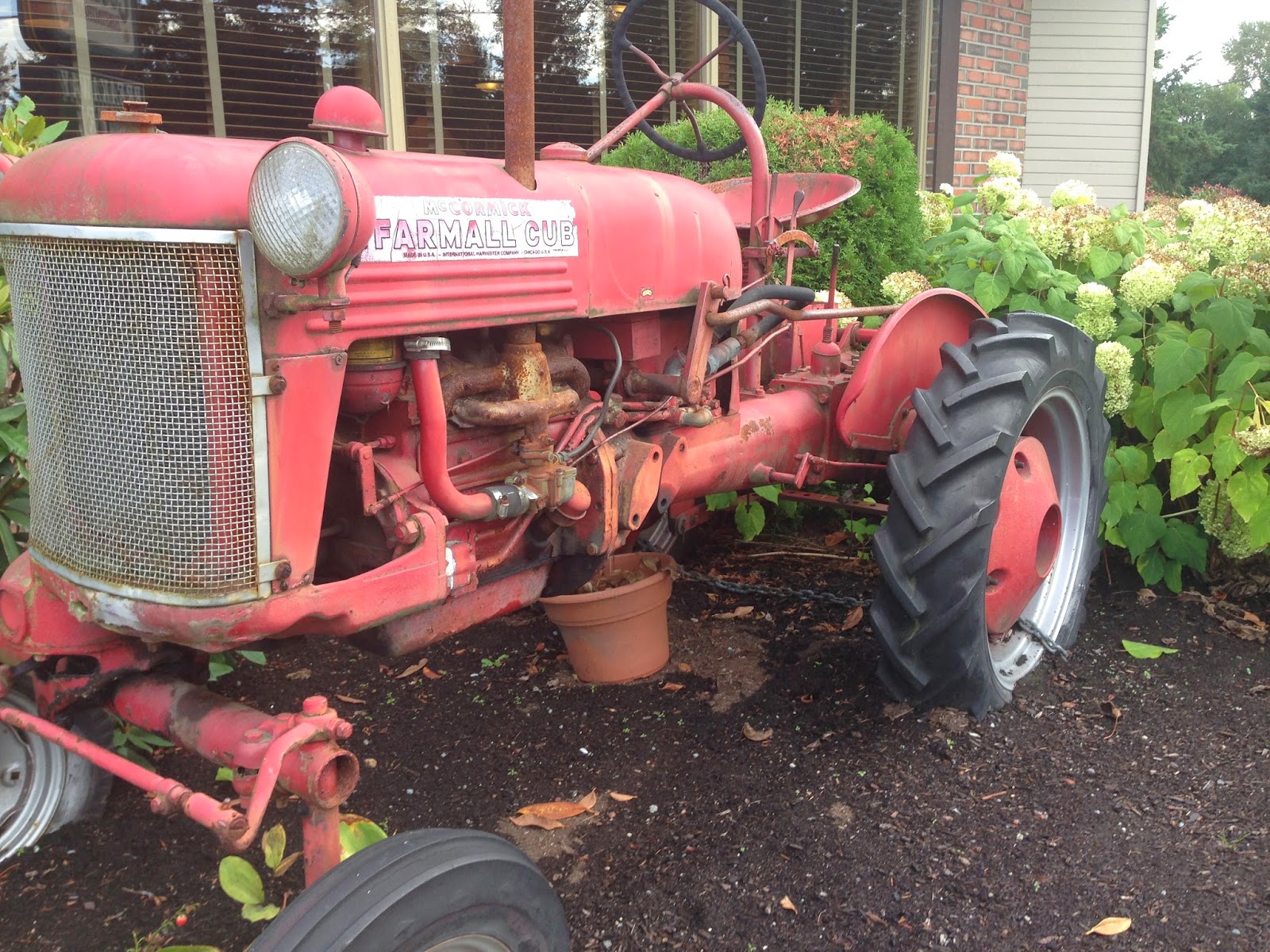 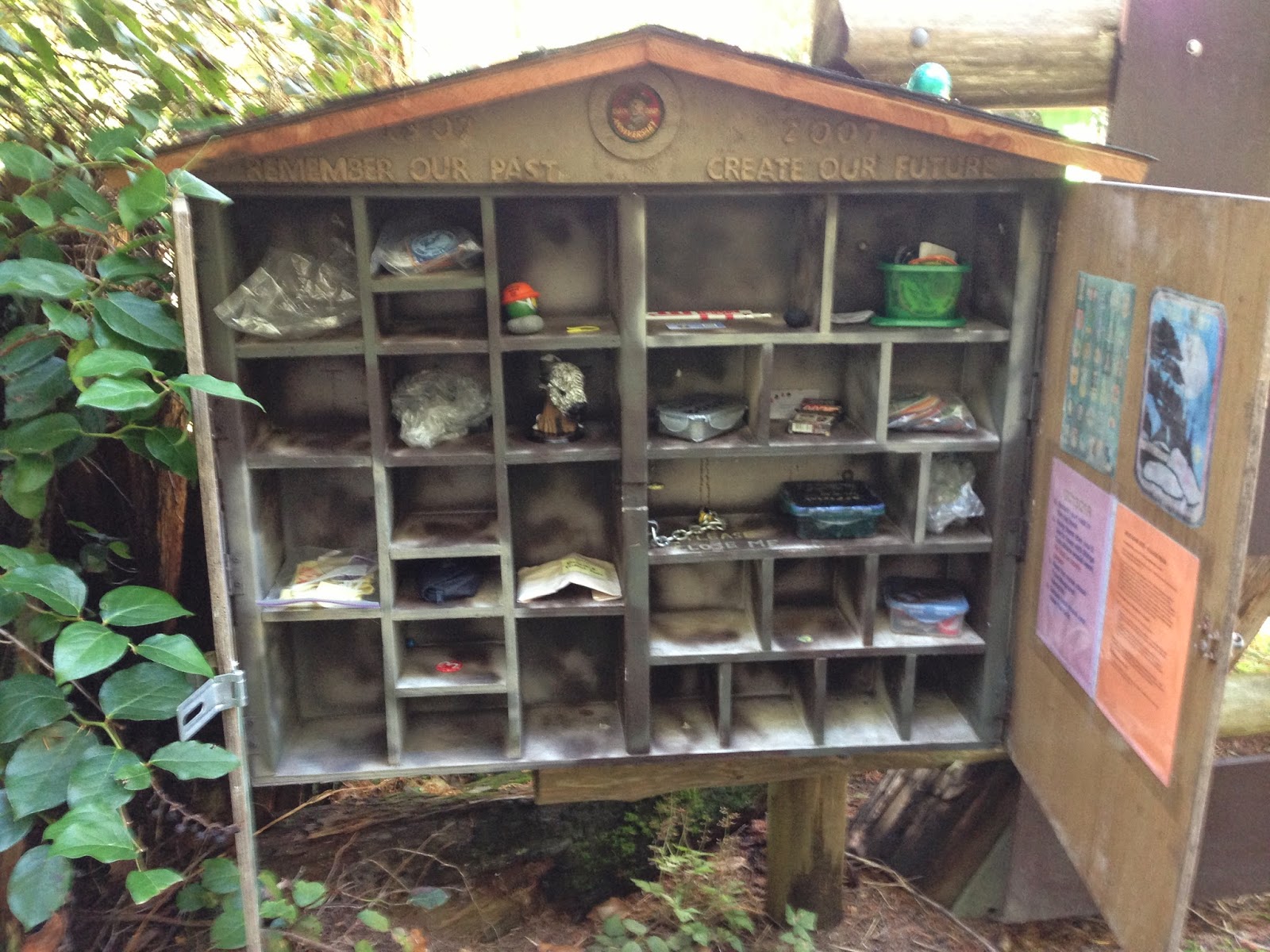 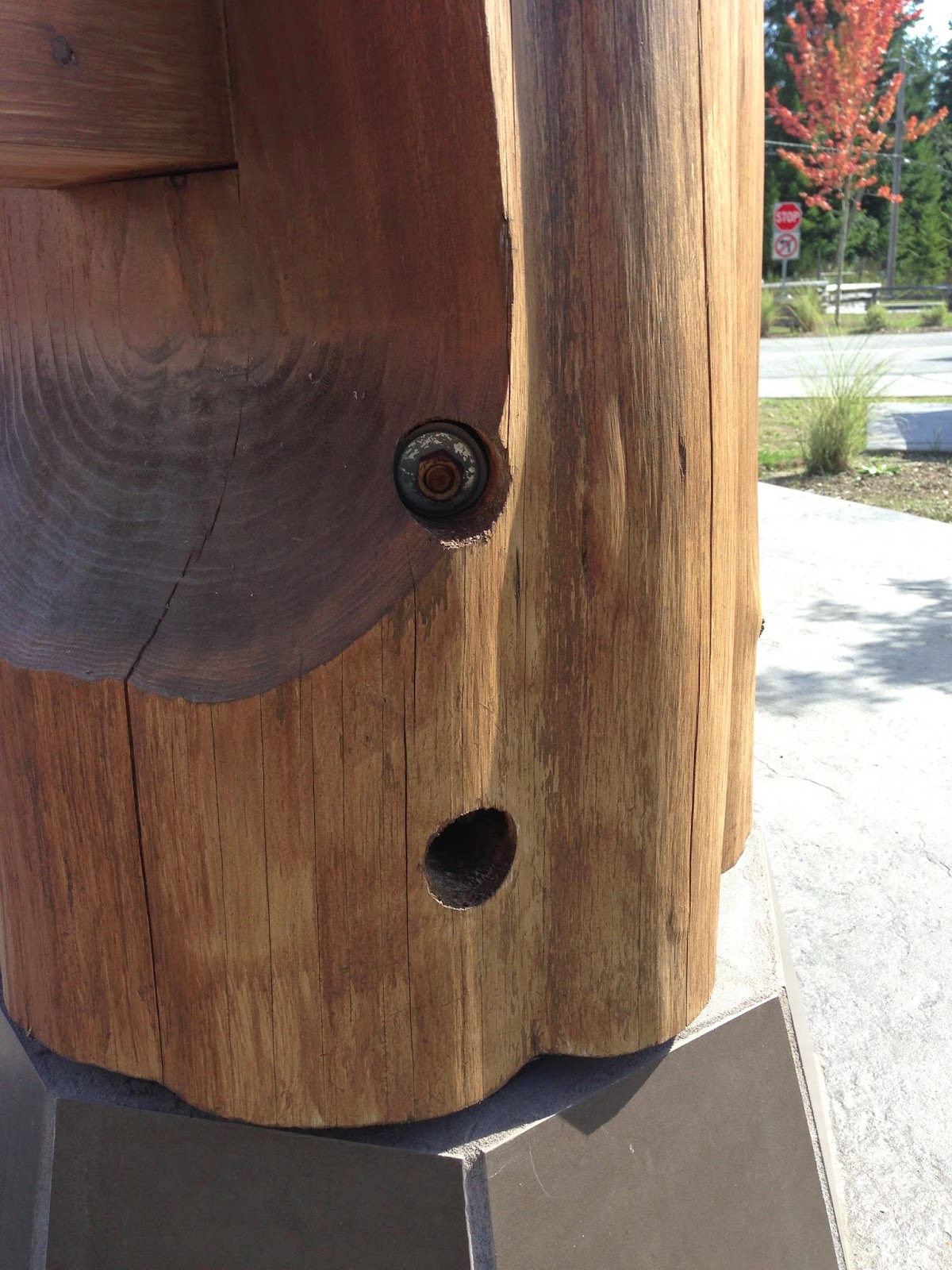 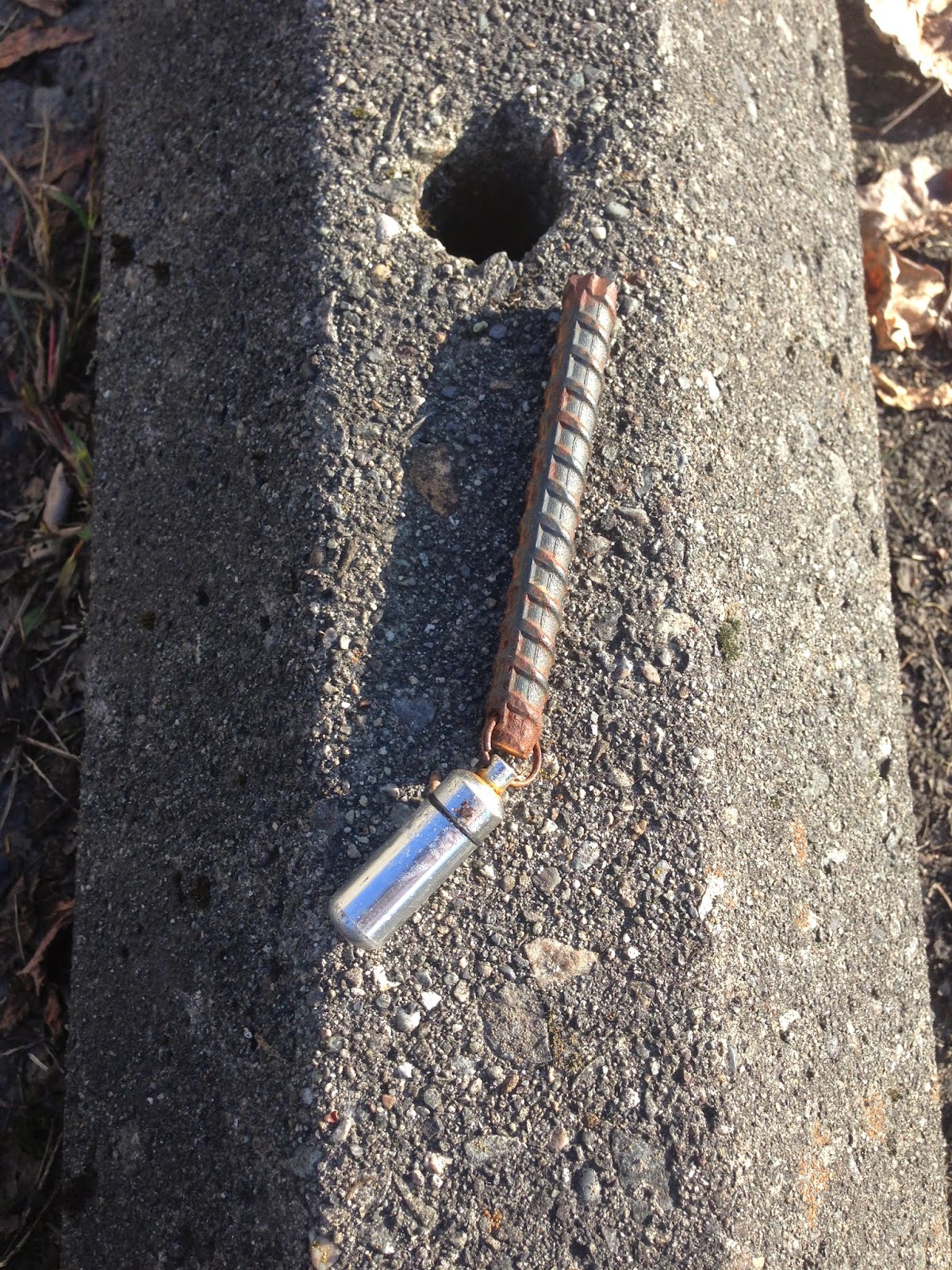 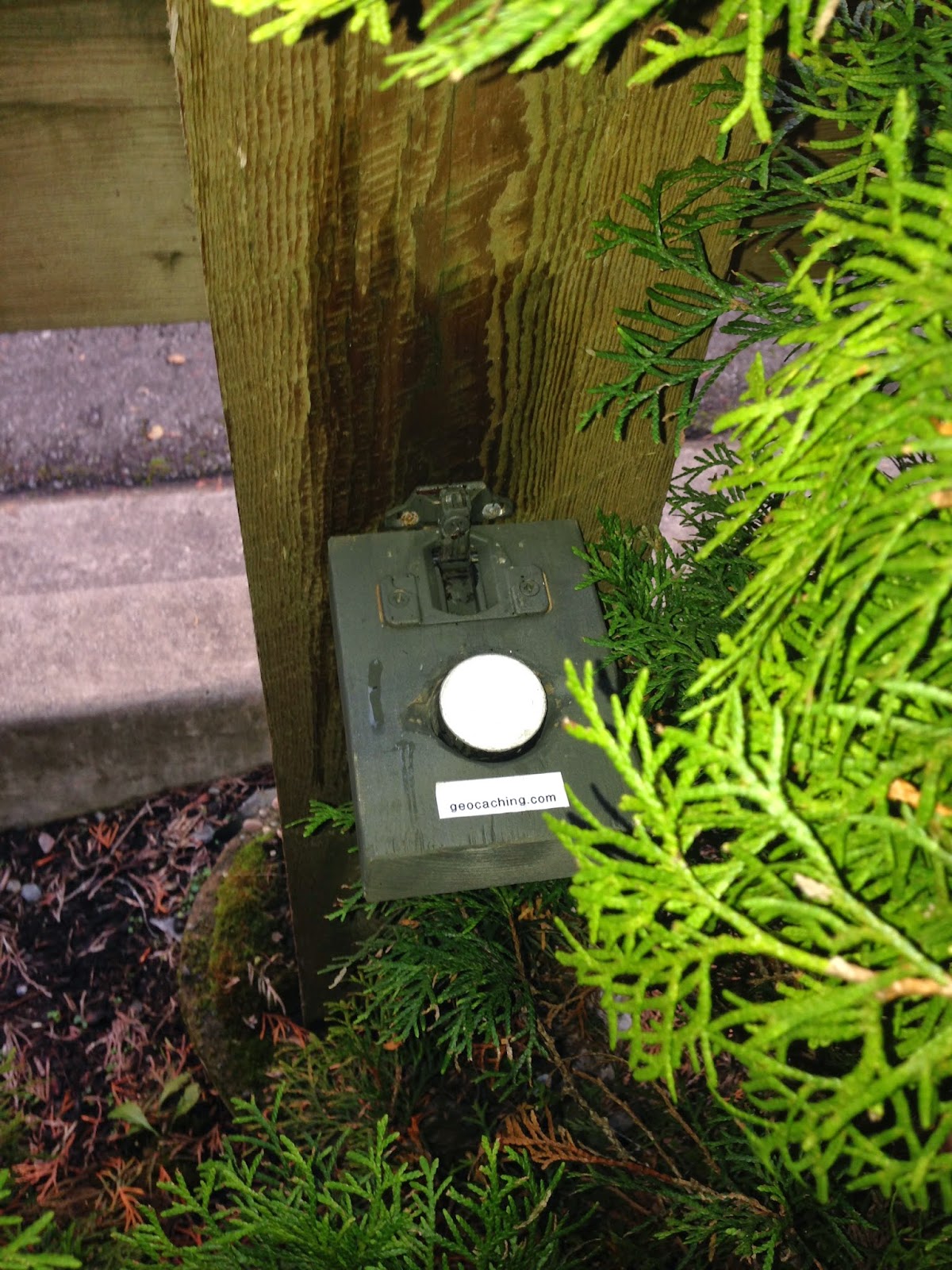 We also went for a family outing one rainy Sunday to Granville island. Only grabbed one cache while we were there but also stopped in this cool shop that makes and sells brooms.

August was a busy month with the PCAM convention, which was an awesome 4 day event with shows, competitions, lectures, and workshops.....OH, and a lot of fun seeing old friends and making new ones, and hanging out. Of course with this convention as always, I offered to help backstage, and wherever I could. I also competed in the Comedy magic category, although I did not win I had a great time with an act that my wife and I came up with that I have never performed before(all new) and will probably never repeat it, as it was just for this competition.
Here is the YouTube link to my act, Fresh Food!!!!

The Sightseer:  Earned by finding a Multi-stage Cache.  This was the 1st cache I grabbed towards earning my 7 souvenirs of August. I would grab three different souvenirs today.(Aug.1st)  The cache was a simple two stage Multi called "GC1CYEM - Titleist Nest"

The Collector:  Earned by finding a Wherigo, Webcam, or Letterbox Hybrid Cache.  For this one I did "GC1QPCH - A Walk in the Park". It is a Letterbox Hybrid cache. This would be the second cache of the day for me.

The Explorer Souvenir:  Earned by finding a traditional cache.  This would be the third one I grabbed today. "GC469DG - EBG-13"  Most people would naturally grab a traditional cache first, but I wanted to get a couple others out of the way and grab this as a bonus on the way out of the park.


Last year at this time in August, they had the 31 days of August where you could get a souvenir every day of the month. 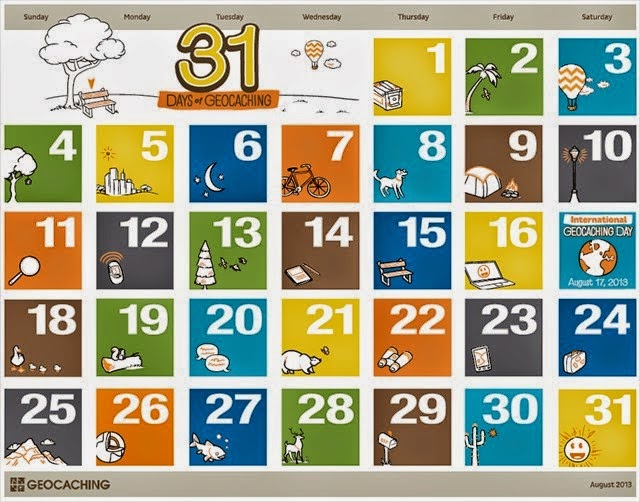 Of course I got all the souvenirs because I was already doing every day of the month for the year as a goal and I actually extended the year and did 400 days straight of at least one Cache a day, so it was a no-brainer for me to get all 31 souvenirs in August. Actually I got 34 souvenirs in Aug 2013, as I also got the "Geocaching Block party event", and the "Geocaching headquarters" souvenir on Aug 17th/13 and the "Going Ape Mega event" on Aug 18th/13


I also headed off to Fort Saskatchewan, Alberta for a week with my little guy.  Lots of Caching to be had also. 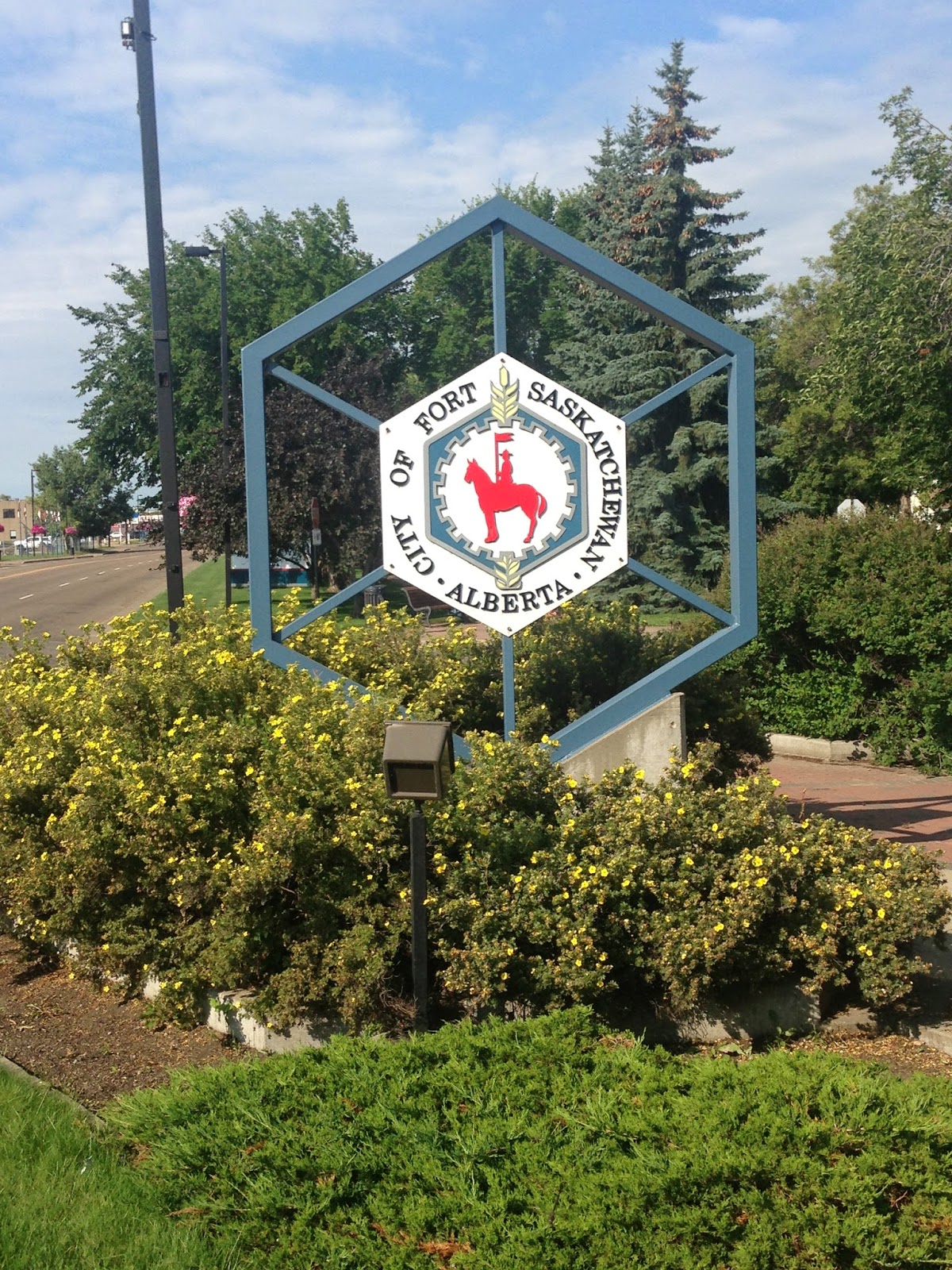 Came thru Jasper National park and got some traditional caches and a cool earthcache . This would also give me another souvenir to add to my souvenirs of August.

The Nature Lover: Earned by completing an Earthcache or participate in a CITO Event.  Stopped at "GC23ZAM - Cold Sulphur Spring - Jasper National Park" A very cool but stinky(Because of the sulphur) Earthcache. 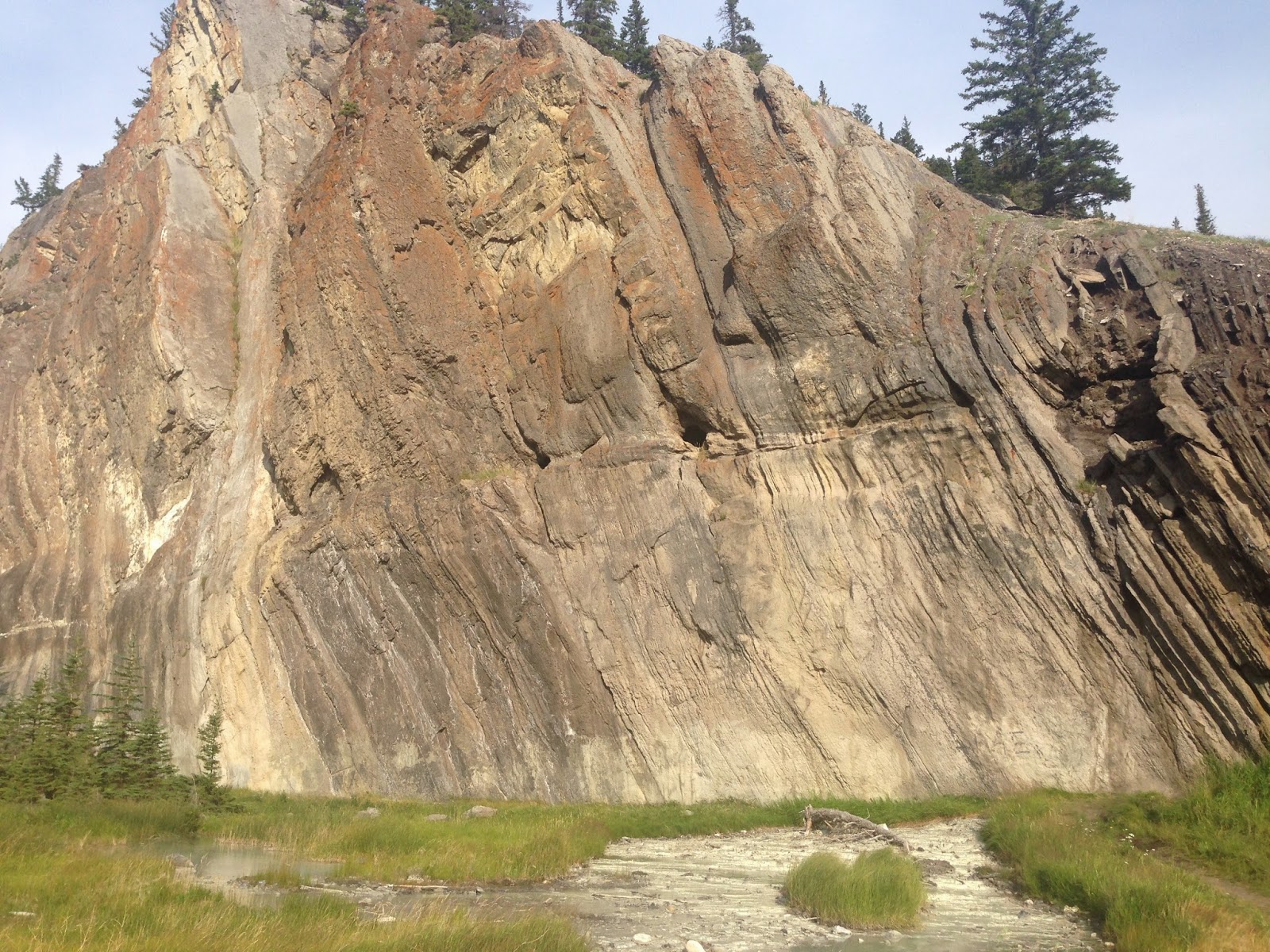 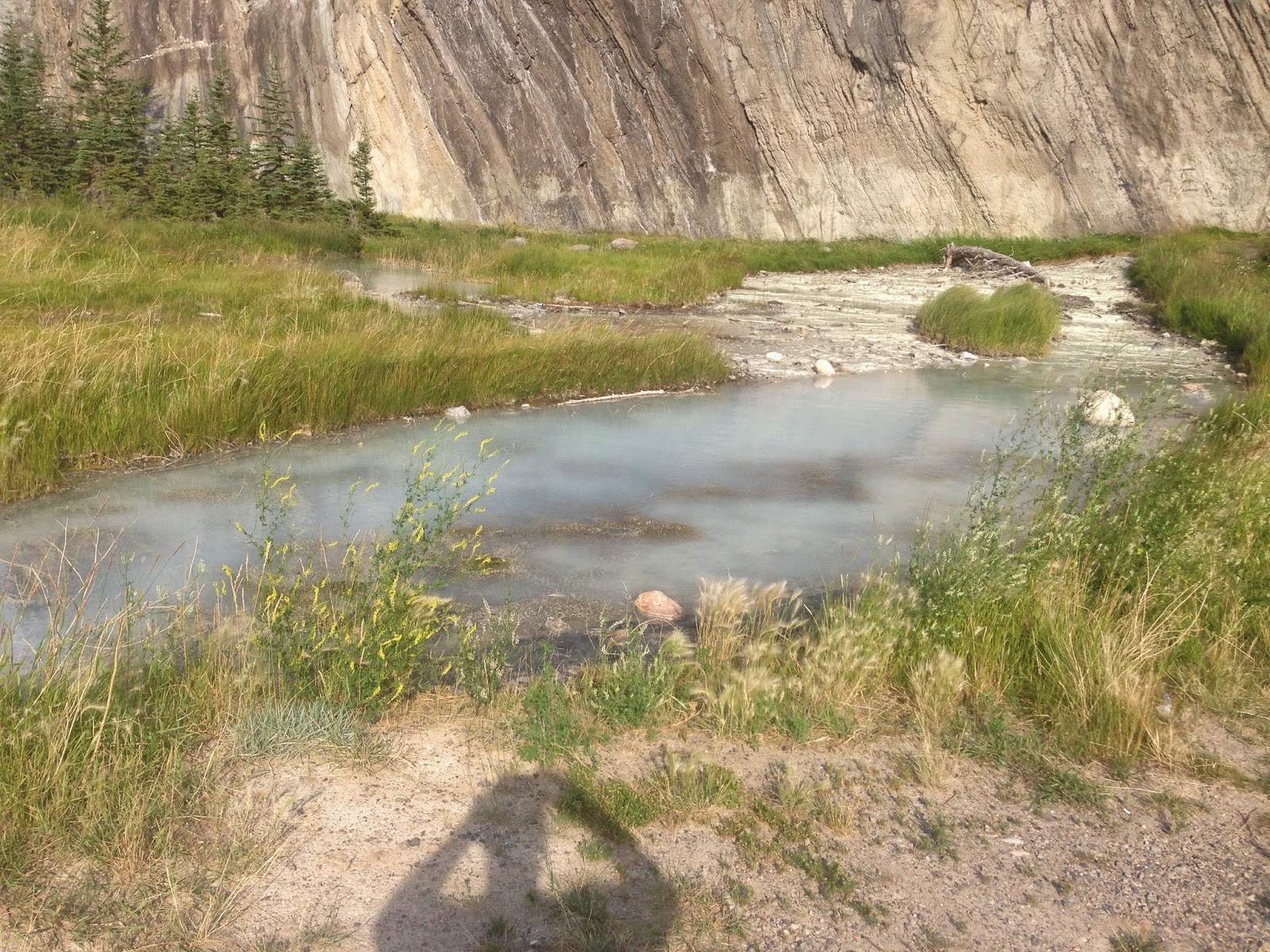 The Puzzler:  Earned by solving and finding a Mystery Cache. While driving thru Edmonton, I grabbed a quick puzzle cache called "GC3ECWM - Crooked Luck" which earned me my 5th souvenir. Just need an event before the end of the month and all will be complete.

While in the Edmonton area, was able to grab a Virtual cache as well. I love Virtual caches although they are getting tougher to get as they are not allowed to be made anymore. I think they need to be brought back. They did try something else like it but it did not work out and they abandoned the idea. (although it gave me something to do while I was up in the Yukon) Read about that HERE!!

Well that's it for this month
Keep on caching and keep the Magic alive!!
Chris Yuill
Magicman65 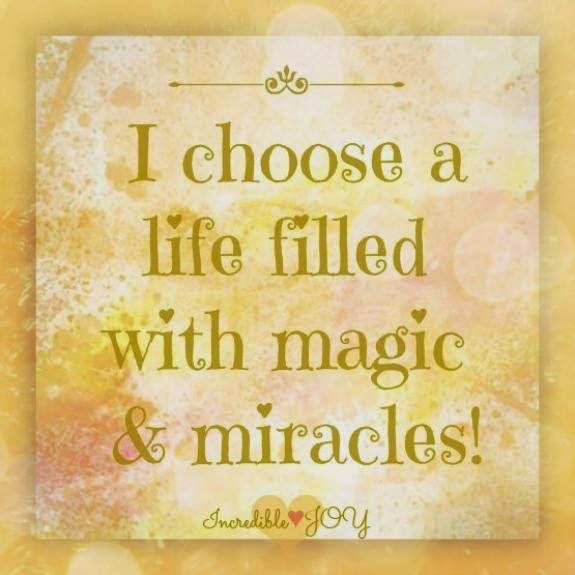