Geo booth at the Courtenay Fish and Game 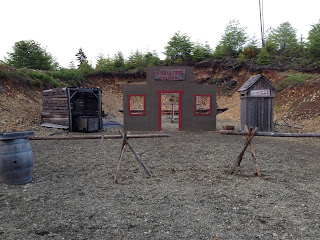 This month we helped organize and run the
Geocaching Booth for the 21st annual outdoor recreation show at the Courtenay Fish and
Game. Over 3600 people came thru the gates. We had some awesome help in the booth and on the scheduled hikes to find caches for teaching. We had cachers C2C2C, RayandLynn, ArrrowO, Valleycats, GeckoGecko, TobyandMe, Angelcheeks and I.(Magicman65)
﻿ 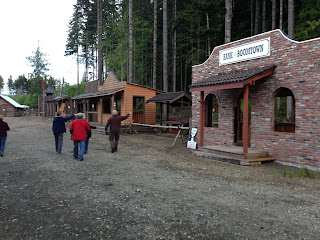 Because the Fish and Game is on private property there are no published caches on the grounds, so we went around the night before the event started and placed 7 different caches. We placed some caches for others to find while in the campground, in the park near the archery facilities and also in Boomtown which is built like an old western town with people dressed in western gear and they let you shoot some of the guns at targets. Very cool indeed. 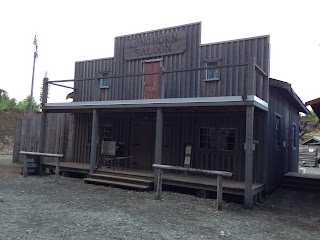 Boomtown was complete with a saloon, general store, jailhouse, and train station plus to get people back and forth from Boomtown to the main grounds, they had tractors pulling haywagons that you could jump onto. Every hour or so, one of the wagons would get held up by a band of cowboys!! I got video of one of the hold ups but accidently filmed it upside down with my phone. lol 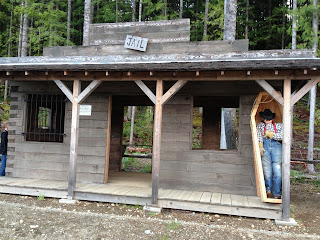 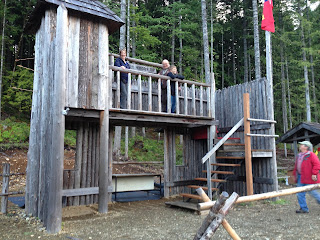 Here we are placing a cache up in Fort Whoop up, the night before the event
.
The geobooth was sponsored by the Eagle 97.3 which is one of the local radio stations in Courtenay.
We even had a special cache made up called the Eagle cache and we got to take Bob Johnstone, who is one of the DJ's of the Eagle on a hike to find it, and show him what caching is all about. Then he did an on air interview with myself and Tom(C2C2C) 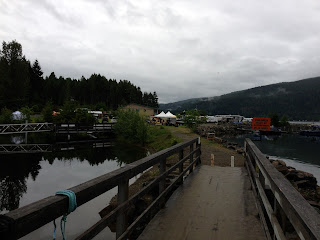 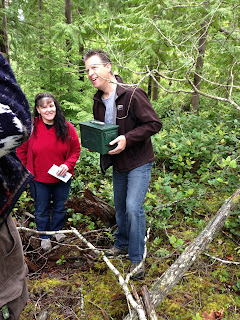 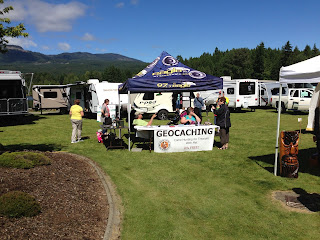 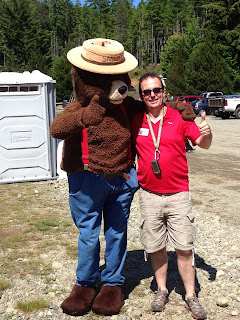 Smokey the Bear and I
See ya next month
Keep on caching!!
Chris Yuill
Magicman65 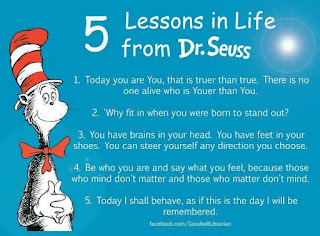