March and April was full of caching, Magic, and FUN!!!
We have been working on a few different caching challenges including the one we set upon ourselves to get at least a cache a day for all of 2013. We also did some cool virtual caches.
(Virtual Cache: A cacher must visit the location of the virtual cache site to log the cache online. Logging a virtual cache requires compliance with the requirements detailed on the cache listing. These logging requirements could include emailing the cache owner to provide the required answers or posting photographs.)
One was published by a friend of ours back in August of 2002 called BC 300(More or Less)-TCDNBC when there was only about 300 caches in all of BC. Today there are over 30,000 caches in BC

This structure is the most complete above ground remains of a coal mine on Vancouver Island. It has now been standing for just over 100 years old. 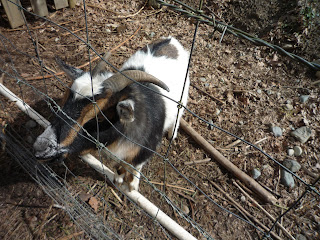 When you visit this cool structure, make sure you go chat with the neighbor(seen in pic) on the other side of the parking lot or he will start making load noises until you do.
March 19th I happened to be off and at home when a notification came up for a newly published cache, and out the door I went. Got to GZ and started to search. Searched in the obvious spot as stated by the hint and the GPS said I was right on top of it. After about 5 minutes another cacher appeared and we searched together. After a bit, I widened my search and noticed another tree that could match the hint...bingo, the cache was in hand and the FTF was mine...YAY #300 First to Find!!!


As I said good bye to the other cacher, and was heading back to my vehicle another cache popped up. Got into the truck and was gonna head for it and then thought, I can get it another day. Headed home!!


Was at home for about 45 minutes and we had to head out and thought we would grab another cache as Jenna had not gotten her cache for the day(2013 cache a day challenge) Looked at the map and noticed that the other new cache named “A needle in a haystack” had still not been logged. Head over that way and took the trail in. After a nice walk of about 400 metres we reached GZ to find 3 other cachers looking for the cache(One of them was the cacher I had met earlier at the other cache) They had been looking for and hour without finding it. Started to look and 2 of them had to leave empty handed. About 3 minutes of looking and the cache was in my hand. YAY MAGICMAN65!!!


We headed up island one weekend to Nanaimo to have a BBQ with some friends from Courtenay, who were camping at Living Forest Campground, and we grabbed a few caches along the way. A really cool one was called “Woodbug loose off Smiley road” 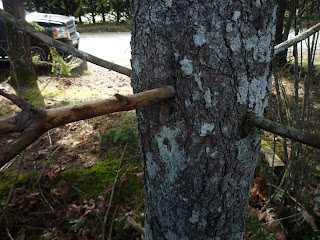 Can you see the cache??


It was a bit of a tricky one(check out the pic) but it's kind of cool to get a smiley on smiley road. We then stopped at the nearby lake(Chemainus lake A.K.A. Wittles lake) This is where I fished quite often when I lived in Chemainus. 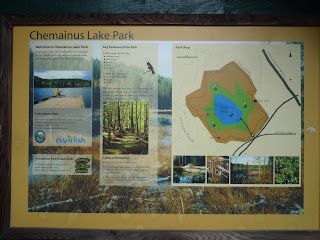 We have a cache here called “Toys Ahoy” so we thought we would check in on it to see if maintenance was needed. It was fine but the cache a little further up the trail was missing a log book so I replaced it for them.

We also set out to finish some other challenges such as "Know your Vancouver Island Cacher Challenge" and I am still needing a 13 cache day for the "Bakers Dozen Challenge cache"
We also still need to go and grab "Challenge 50" which is a cache you can log after caching for 50 consecutive days. As of writing this we are at 90 consecutive days of caching and going strong.


We are also going to do the "Lucky Number 7 Challenge"
To log this cache, You must first find at least 7 different cache types within 7 days.
All cache types present, and future ARE allowed for this Challenge: Traditional, Multi-cache, Unknown (Mystery), Virtual, Letterbox Hybrid, Earthcache, Event, CITO, Webcam, Mega-Event, Wherigo, Maze Adventure Exhibit, etc.
We(probably more Me, than We.lol) have decided to complete all 7 icons plus the Challenge cache(Totalling 8) in one day instead of 7. I will let you know how that adventure goes next blog, after we complete it.

Usually to celebrate my birthday we do something fun, and this year was no different. Besides going to Nanaimo for a birthday BBQ with friends we also went paintballing with a bunch of family from up island and Calgary. 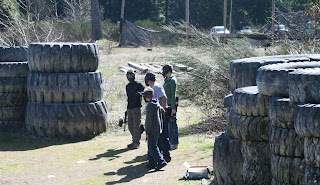 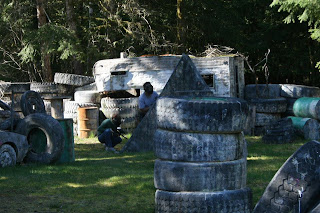 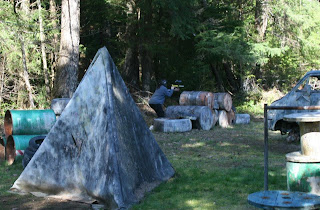 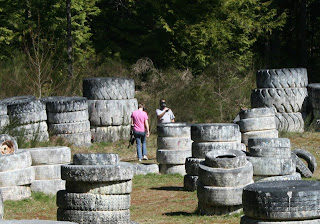 April 2nd was the Victoria Magic Circles Annual General Meeting(AGM) where we vote in the new upcoming executive. The votes are in and I will be moving up from VP to the President of our circle for the upcoming year starting in September. More on that in my next blog!!! 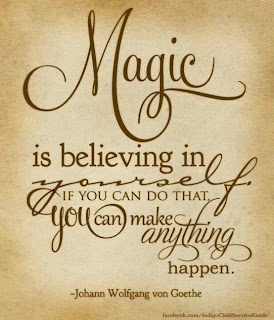 Until next blog
Keep on caching!!!
Chris Yuill
Magicman65﻿