A cache a day, keeps you on your toes!!!

This months blog is about two of the things I enjoy. Magic and Geocaching.


Jan 1st rolled around and we decided to go out and grab some caches. (12 in total) As we were logging them back home on the computer I looked at my stats and told Jenna I want to fill in some of the zeros on my caching calendar.
She suggested we should get at least a cache a day for all of 2013.


I said sure and we made it official by posting it to FB. (That's the place to make things official isn't it??)(That's how we announced we were married from Panama)
So far(as of writing this blog)it has been 42 days and we are still going strong with at least a cache a day.


Since moving to Victoria and looking at caches nearby, I spotted a cache that looked as if it was familiar, not far from where we live. Anytime we drive by the spot, I keep saying i'm sure I got that cache when I was past this way years back to do a show out in Sooke. But on my map it says I have not found it yet. Jan 19 we were out doing some caches and on the way back home, we thought we would stop and grab this cache that I thought I had found years before called Road Apples. As we approached the tree, I knew I had been here before. Upon retrieval of the cache from within the tree, we opened up the logbook to find I had signed it on Sept. 10 2010(pic)I must not have logged it online.


January 26th was our annual VMC banquet. We have a special guest come and entertain us and we also have a bunch of close up magicians performing for all the guests. 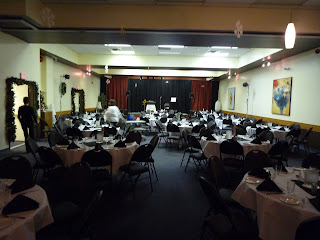 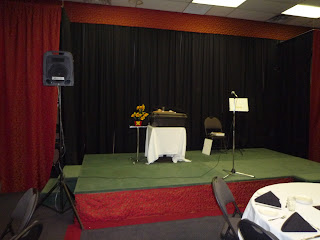 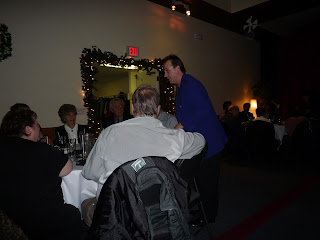 I was privileged to be in charge of the close up coordination of the 13 close up magicians including myself this year. It was an awesome night of magic and everyone really enjoyed themselves. The following day our guest performer David Merry lectured for us.
After the great lecture a few of us got the chance to hang out with David and share magic at a local pub. 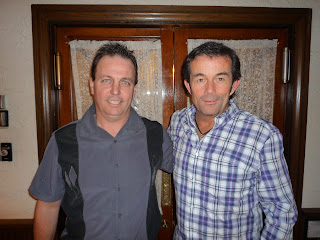 Feb 2nd was the release date for all the HAG(Hide and Go) caches. Being a cacher that likes to get FTFs(I now have almost 300 ftfs ) I thought I would like to get a few more.
The plan was to wait till a bunch got published in an area and then head out after them. I awoke that morning at 5am and waited by my computer. A bunch popped up out in East Sooke Regional park, and I waited a bit longer thinking more would pop up closer to home.
I waited for a bit and then since it looked as if no more were going to get published right away, I downloaded them and headed out. As I was heading to them I figured because I had waited so long that I would not be the first to get there. On route I heard my phone go off with some emails. I stopped to check if they were some more caches, Yes they were. I looked to see where this new group was and it showed them just off Kangaroo rd. I looked up and I was parked right in front of the sign that says kangaroo rd next left. I am really close to them. Off I go. I got to the trailhead and found the first one. An empty logbook....YES!!! on this trail I grabbed 6 FTFs and DNFed one of them that I was sure was not there. While in the woods on the way out(when I finally got a signal again) I did a quick search for other newly published caches. More had popped up relatively close by so I jumped in the truck and headed over there. Got to the first of several, crossed my fingers and hoped for a fresh logbook. Opened it up and there was no logbook at all??? I assumed maybe that it was placed without one accidently. I usually always carry spare logbooks with me so I put some paper in the cache, 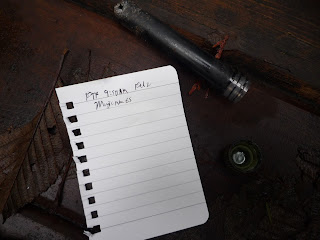 signed it and headed for the next. It was the same COs cache and there was an empty log. My assumption had been right. Got 5 more FTFs and decided to head home. On the way I stopped to maybe grab one more. Not this time, I was second. Oh well with 11 FTFs I was happy enough. After getting home, Jenna suggested heading to a nearby dog park to go for a quick walk. There is cache in there and she needs one for her cache a day(since she did not come with me for the FTF hunt). We were just about to walk out the door when a notification pops up about a nearby cache. It is in the park we are planning to head to. Sweeeeet!!! We get there minutes after it being published to grab another FTF making it 12 for me and 1 for her. What a great way to end off the caching day.
Until next month
Keep on caching!!!
Chris Yuill
Magicman65﻿
at February 11, 2013