Yukon to BC to Alberta to BC and back to the Yukon.

For those that have been following my blog, you would know that I have been up in the Yukon for the past few months. This week I got to head home for a week, but I would not stay home, as we decided to go visit my family in Alberta.

So I left Watson lake and got to the airport in Whitehorse to fly home. My plane was delayed so I had time to go grab the cache nearby that I did not get last time I was here. Nearby the cache is a plane on a pole, and as I looked at it I was sure that it moved. Upon further inspection I realized that it does move. 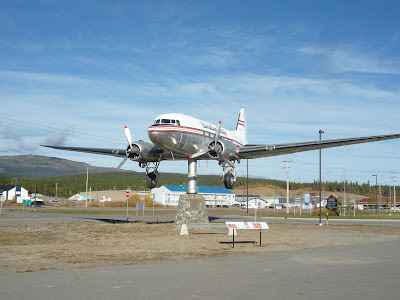 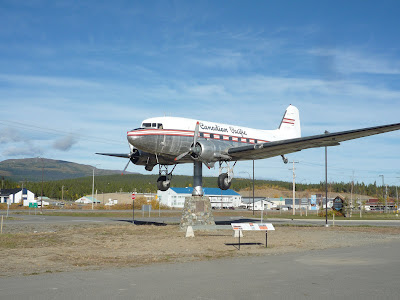 CF-CPY, "The World's Largest Weather Vane"
Whitehorse, Yukon Territory Starting in 1977, the Yukon Flying Club restored this northern veteran to its Canadian Pacific Airlines colours for permanent display at the Whitehorse airport. The restoration took four years, but in 1981, she was raised onto the pedestal built by master welder Al Jacobs. Pivoting on its mount, CF-CPY always points into the wind, just as she would have while lined up on the runway for takeoff. Due to the fine balance point, it only takes a 5 knot wind to turn her.

Once home, I repacked and was ready for adventure with my sweetheart, my new baby, and the boys. The plan was to go from home to Victoria for one night as I had a show to do. The next morning we headed out to grab a ferry and we were off on an adventure.
The first stop(other than baby feeding stops, of which we had many) on the mainland was Hope. I have passed the cache at the entrance to Hope, at least a dozen times while on road trips and tours, but today was the day to finally get this one off my list. 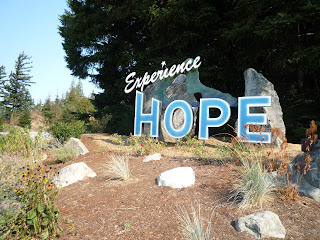 The next stop after Hope was the Othello tunnels and some caches within. This area is where the movie Rambo First Blood was made.﻿ 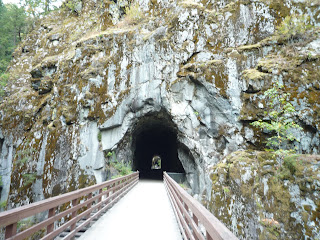 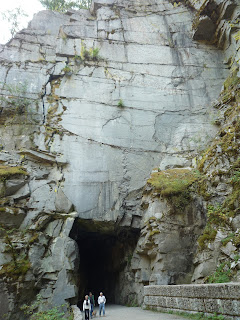 “In November of 1981, Hollywood film crews began to transform Hope, BC into a rural American town for the filming of the blockbuster hit Rambo First Blood. Over the next several months Hope and the Fraser Canyon experienced gas station explosions, gun fire and stunt men. The Success of Rambo First Blood led into a series of 4 film made from 1981-2007
Rambo fanatics from around the world travel to the small town of Hope, BC to get a glimpse of what people now call Rambo town.” 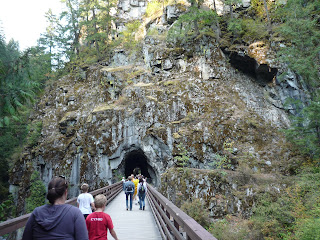 Located in the most rugged section of the Coquihalla Canyon, the Othello Tunnels have a great history and scenery and make for a nice leisurely walk. Engineers forged through mountain cliffs and over raging rivers to construct a series of bridges and tunnels that blast through the rugged terrain. 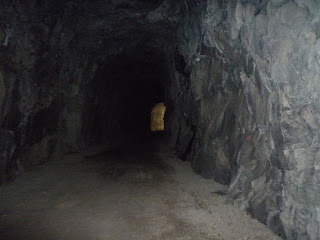 If you get a chance to walk this trail, I would highly recommend it.

We stopped in Clearwater, BC for the night and would head on down the highway in the morning.
The next morning, Welcome to Alberta!!! 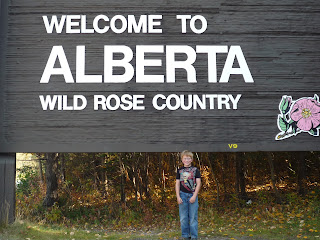 On the way thru Jasper we did not see as many animals as we have in the past, but we grabbed a few caches and even did a couple of cool Earthcaches. 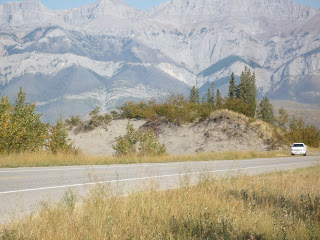 We made it to Fort Saskatchewan where we would stay for a couple of days. This is the town that I grew up in some several years ago. While staying here we took in a day at West Edmonton Mall. While living in Edmonton years ago, this is the mall where the Magic bug bit me. I even managed the Magic shop in the mall for awhile. We spent the day relaxing in the water park and enjoying some of the slides.(no line-ups midweek) 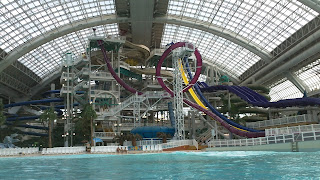 After our few days of visits, it was time to start making our way home. We started to head towards Calgary where we would make a brief stop. But as we were leaving Edmonton, I noticed that there was a new cache in Leduc. A quick stop and an FTF was in hand. (Yes.... I have notifications set for new caches where I am travelling. One of the many reasons to be a Premium Member)
On the highway further down the road, we came across what we thought was a transformer heading down the hwy.  But it was just some farm equipment being moved. 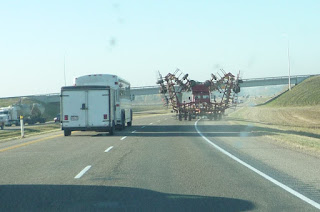 Going through Banff we did not see much again in the way of wildlife as we have in past years. They now have a lot of fences and some cool looking bridges for the animals to get across the highway safely.
Banff National Park
Banff National Park is Canada's oldest national park, established in 1885 in the Rocky Mountains. The park, located 110–180 km west of Calgary in the province of Alberta, encompasses 6,641 sq km of mountainous terrain, with numerous glaciers and ice fields, dense coniferous forest, and alpine landscapes. The Icefields Parkway extends from Lake Louise, connecting to Jasper National Park in the north.


We stopped for a cache just coming into Golden, BC which was placed behind a huge painted Inukshuk. 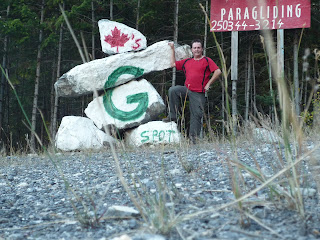 We headed a bit further up the road to Revelstoke, where we would spend the night.

The next morning we headed down the road as our next stop was Kelowna.
Coming up towards Kelowna we stopped at Dave's goat walk

A place we have stopped before, the kids love to feed the goats. Here I was able to complete a challenge cache. A quick stop in Kelowna for a visit and we were on our way back to the island.
We got home just in time for me to unpack, repack and head back to the Yukon for my last turnaround. Sitting here in Watson Lake on Thanksgiving day, writing this blog, and looking forward to my return trip home.
Till next time, keep on caching
Chris Yuill
Magicman65