Caching for FTF's on Barnston Island 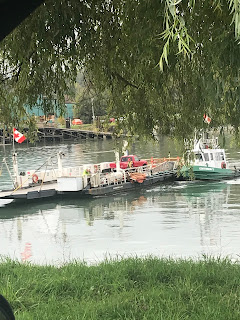 We needed to take a ferry to grab these two FTF's
Have never been out here before, so it was nice to check it out. We will come back next summer. 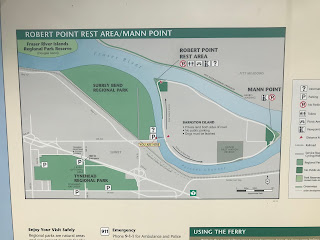 Caching Trip to Seattle for 3 of Clubs Magic Convention

I went to Seattle for the weekend of October 19-21st for a magic convention, that I was helping organize with the FVMC and NWRF, the convention was a blast with about 100 other magicians
On my trip down I got one Virtual Cache called Suzzallo Library "Harry Potter Room". It was a very cool library on the Seattle Campus of the "University of Washington"
As you can see, I dressed up for the photos that needed to be taken to claim the Virtual. (PS dressing as a wizard was not in the requirements, I just thought it would be cool) 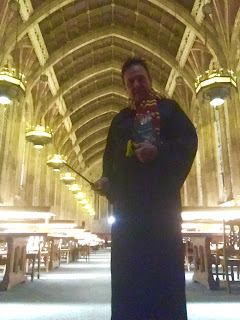 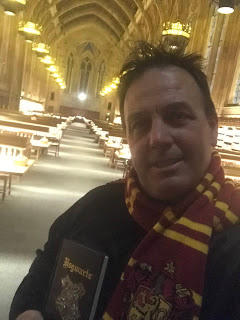 I also was able to grab a couple of Challenge caches on my trip, one that I had to post a note as I need one more specific cache to complete the challenge. I also grabbed a cache a the "Erratic Graffiti" 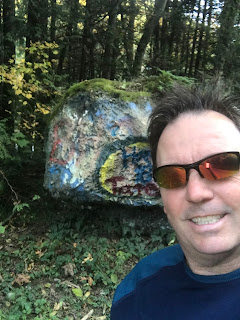 I did another cache a week before at an Erratic, but as you can see it was slightly larger!! 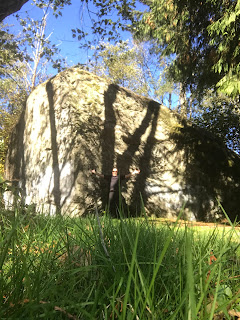 Can you see me?? Zoom in and Look in the shadow, down below in the center. 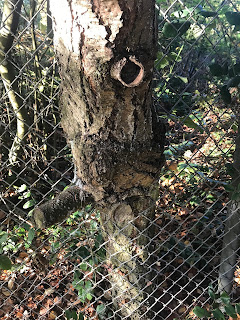 On the way home from the Convention, I gave a ride to a couple of magic friends who were also cachers. We stopped on the way home for a couple of quick grabs at a rest stop. One was pretty cool, as it was a tree growing thru a fence called "Straddling the Fence" 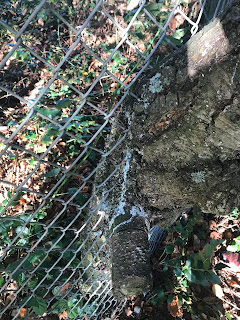 Check out the pics above and see if you can figure out how this happened? 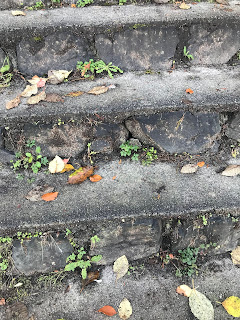 I went to look for a cache called "Stairway to Heaven" in East Vancouver, but my phone app had me going back and forth and up and down the stairs. (*Spoiler Alert: The cache is in the picture above) This cache is at a very cool set of ancient steps that also has an earthcache at it called "Hyaloclastite". I had done the earthcache over 3 years ago, and had looked for this cache also at that time but did not find it. Looked again and DNFed it once more.
I came back a few days later after my recent search, and after reading some logs and getting a bit more info, today I made the find. The good thing about DNFing this cache and then finding it, is that I am now also entered into the Geocaching Vloggers, Geochallenge of the month.

I had to pop over to Vancouver Island just for a day, and was able to grab a total of 6 caches while there. I visited Cathedral Grove, and grabbed a couple of caches while there. I was there in the early morning and it was nice and quiet. I thought about my Dad, and how much I miss him, as I visited here for the first time when I came out to my Dad's place in Port Alberni for the first time and he brought me here. 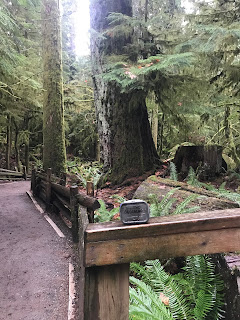 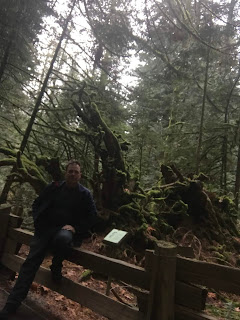 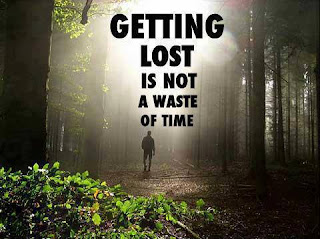