Caching with my little boy on Father's Day

Oliver and I went out for a few caches between rain showers on Fathers day. He and I enjoy caching and its usually him that asks to go get some. lol
We grabbed 3 at one location!! Well actually 2 of them were electronic gadgets that were inside of an ammo can cache. One was called "Chill" and the other was called "Brambleweeny 57 Sub-meson Brain"
They were both inside "GB Puzzle Box II" which was also a cache, between the three caches there was a total of 144 Favorite points. 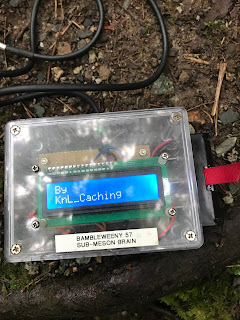 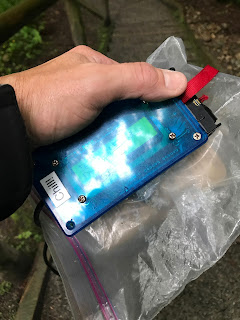 You had to figure out what to do with them after putting batteries in them. Once you figured it out, the co-ords for the cache were displaed on the screen.  Pretty cool

We also did one a few weeks back called "Whomping Willow Lane - Pipe Series III" and I had Oliver shoot a video of me retrieving it. As you can see from the "Video" (Click Link<) he did a pretty good job getting a steady shot!!! 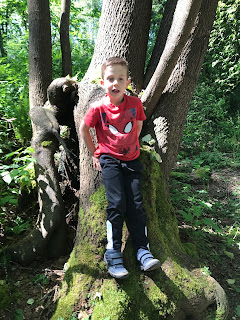 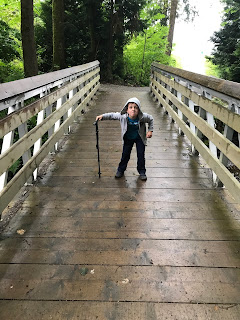 One day a new cache gets published but with bad coordinates. 2 weeks later the co-ords are updated. I happen to notice this the next day after it got fixed. I head over to that part of town and pick up fellow cacher/magician friend Close Up Matt and together we get the FTF called "On Safari"


I have recently been asked by the publisher of "FTF Magazine" to write an article for the magazine about some "Travel Bugs" but not just any TB's, I will be writing about the history of the "Jeep Travel Bugs"
Right now I am doing some research on the history of the Jeep TB's.
I will let you know when this happens. Also last month 3 of my pictures were published in the FTF Magazine.


"You Sank my Battleship"

Started working on "Battleships in Whiterock" cache over in Whiterock, BC with good friend Close Up Matt. You have to visit 25 different locations to look for clues to figure out the final location. We went out one Saturday and went to about half the locations as well as grabbing some other caches along the way. One cache was called "Up the down staircase". Talk about a workout!!!

Trip to island
Headed to Vancouver Island this past weekend to do a show up island in Courtenay. While on the island I grabbed several caches including a challenge cache that I had completed the requirements to back in October of 2013. It was the VLH Heinz 57 Challenge
I also got to see some caching friends at the Courtenay Fish and Game annual event. They were running the Geocaching booth, something which I did a few years back.

Went to Keats94 goes to Ottawa event cache and also hooked up with 3 other caches to go and grab the nearby night cache. One of the cachers I went with "Bad Bunny bites you" left a glow in the dark bunny in the cache. How appropriate!!!

I am going to Harrison Hot springs this Canada Day long weekend with my little boy, and we will grab a few caches I'm sure, as well as in a couple of weekends I am heading to Kelowna for a show and I am hoping to grab some more "Gold Country" caches. I already got 1 of the cool gold bar geocoins as you can see in the pic. (PS, Yes you can discover it from the pic if you wish) 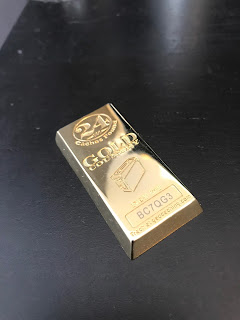 Oh, and in Magic News, also this month I won as Children's Entertainer of the Year again!!!