A friend of ours from the Island(paulboy) sent us a message and said he was planning to come over and bike the Seymour Valley Trail and grab a bunch of caches. He asked if we wanted to join him. We (angelcheeks and I) met up with him at the parking lot at the start of the trail at 8:30am to head out on what would become an adventure. We were just heading to the 6th cache of the day when Paulboy jumped off his bike and broke his foot. We said we should head back, but he wanted to continue on. Well as much as I thought we should head back, we headed further up the trail. The trail in was mostly paved and there was a series of 50 caches called LSCR-SVT which stands for "Lower Seymour Conservation Reserve- Seymour Valley Trail." There was a few other caches mixed in the series that were there before the series was placed. 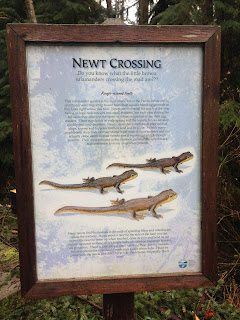 Lower Seymour Conservation Reserve is a 5,668-hectare forest located just minutes from downtown Vancouver. It is a popular destination for outdoor activities such as cycling, hiking, and in-line skating. This spectacular and diverse landscape contains alpine meadows, forested slopes and river flood plains.
NOTE: The highlighted words in my blog can be clicked on as they are links to other cool stuff!!Also if you click on any of the pictures they become bigger!!!
PS: On the right hand side of this webpage is where you can find my YouTube, Twitter, Instagram, and Google Plus links. Please feel free to check them out and follow or subscribe!!!

At the top end of the trail was the "Pot of Gold". Ok, it was just a cache called "Pot of Gold" lol
We crossed the bridge to get to the other side of Seymour river. We also grabbed a challenge cache called BC Milestone Challenge-1000 finds 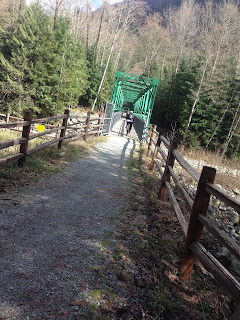 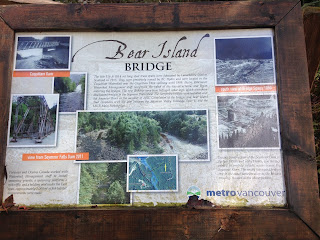 After getting to the top end of the trails it was time to head back down toward the parking lot.
On the way back we would be able to do a couple different series of caches, the first was called ESSR which was a series of 11 caches on a logging road. At about the 4th one of these we came across a baby bear. We eventually scared it off so we could get past it before momma bear came along. We got a few other caches as well through here such as "Bigfoot the Tree" which is a massive red cedar located close to Seymour Falls Dam in North Vancouver.
We also found Lost Lake cache which had many DNF's on it and previous cachers thought it should be archived. 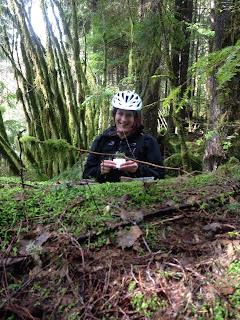 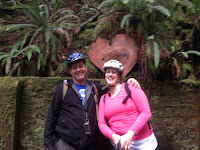 We then crossed back over the river to do the last series called "Fishermans Trail" which had 17 in the series. We then completed it up with a few more caches to get us back to the parking lot.
By 5pm, 8 and a half hours later of biking and pushing bikes up hills, about 29.5 Km, 88 caches, 1 bear encounter, 1 cacher with a broken foot, and some stories, and fun, we were all finished what we set out to do. Off to the hospital to get Paul's foot looked at and then home for a well deserved supper and a beer!!!

I was part of a group FTF last week on an awesome cache called Midvale Meanies Mundy Micro. I want to post a picture but that would just spoil the cache. My recommendation would be if you have not found this cache already, you should go get it!!!

I am continuing to gather caches to complete the Puzzle Masters Challenge: Alphabet soup Challenge cache that I started in early February. I am just letting it happen so not sure when I will complete it. I just need 5 more puzzle caches starting with the right letters to complete it.

More Magic Competitions
Also this month I competed in the Vancouver Magic Circle's Comedy Magic competition, with an act that I created several years ago but do not use in my regular act. As you can see by the photo, I won and am the Comedy Magician of the year!! 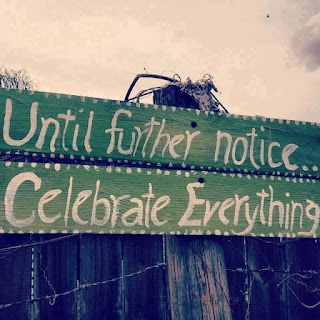