Groundspeak HQ and the Snoqualmie Tunnel

Note: Please remember that the highlighted words are links and will take you to a different webpage that will be of interest!!!

The last little while I have been doing a bit of travelling around, due to work and some play.

While working in Sechelt I was able to grab a bunch of caches including one that was close to Molly's Reach in Gibson's and was a tribute to the show that made the diner famous. While there I had a great supper. 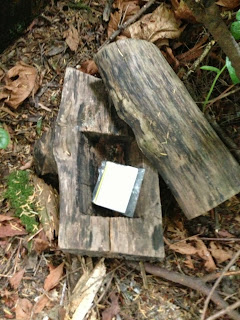 ﻿
Log book in a Log
Block Party and A.P.E. Mega Event
We went down to Seattle for the Groundspeak block party on aug17, and the A.P.E. Event, on the following day.


We got down a day early to relax, check out some sites such as the Seattle Space needle, and of course grab some very cool caches. After taking a ride up to the top of the Space Needle and checking out some of the sights around it. 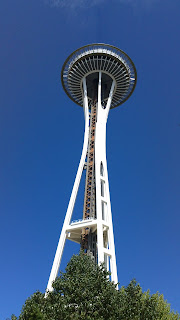 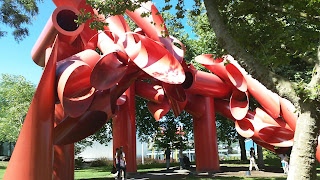 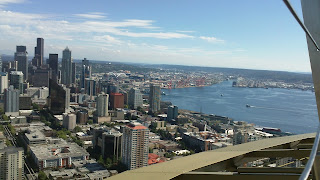 We then decided to head over to Pike Place Market. Not only is there a Magic store there that was on the agenda, but there was also a cool(OK maybe a bit gross) cache that I had my sights set on. It was a cache that I have been studying for the last couple of months.
It is called  "Double Bubble toil & Trouble"  and it is at the site of a local landmark 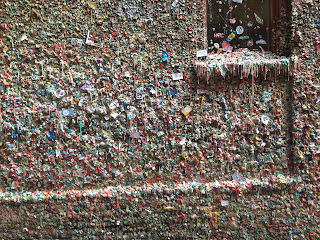 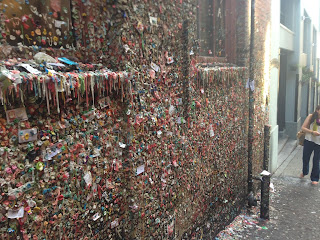 I looked at about 300 photos that are on the cache page and was able to come up with one that may help. I saved this pic and the day we left for Seattle I emailed it to myself, so I would have it on hand when at the cache sight. When we arrived there was at least 8 other cachers on the scene who had been looking already for about an hour. I started chatting with them, and gave them my take on the Hint, and showed them the pic I had. Within 10-15 seconds the cache was in hand!!!! (Yes it was in my hand) 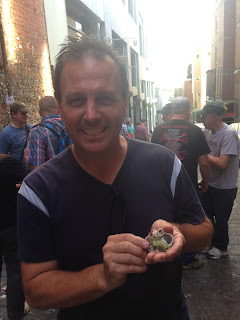 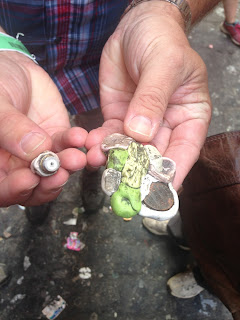 We then did a bit of shopping and then headed back to the hotel.

We arrived early so we decided to do some of the nearby caches that Groundspeak placed around the event area. Most of the caches were easy to find as there was usually about 10-20 other cachers already there signing the log. One was in a “Chairy Tree” 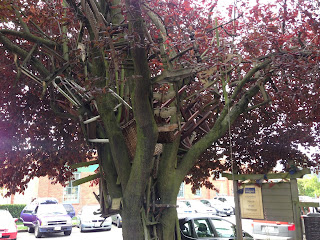 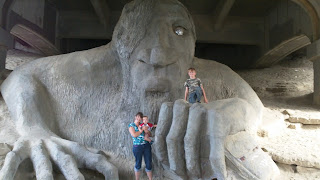 We had an awesome time hanging out with more than 3000 other cachers on a super sunny Seattle Saturday. We also got to log Groundspeak HQ, while at the event. 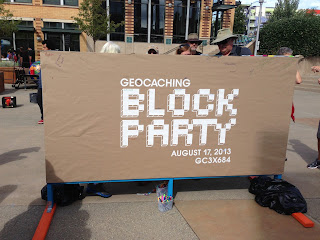 Got to take a pic with the 2 co-founders, I had already met Jeremy at the Mega event in Drumheller a few years back. 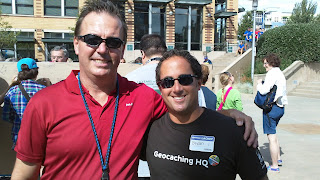 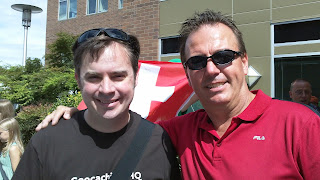 
Got to discover some cool TB's including one that went to space. 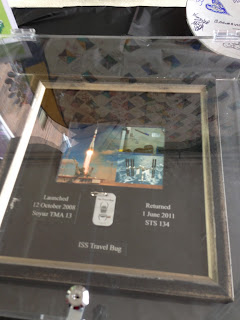 This travel bug, was launched aboard Soyuz TMA 13. Which was also the 100th Soyuz launch to date. It was 10 days aboard the International Space Station and left behind in the Russian segment of the ISS, in locker #218.


The following day was a very exciting day(well for me at least) A few years back we were in Carnation, Wash. For Geowoodstock VIII(My first Mega) and we got to hike into the Snoqualmie Mountains to find one of the last remaining "A.P.E. Caches"
We(Angelcheeks and I) did the hike with our good friends Tom and Heather (Coast2coast2coast and Toby&Me)


But the "Iron Horse Tunnel" was closed for major repairs, so we had to hike up the back side to get it. But it was definitely worth it.


This year for the "Going APE 2013" event the tunnel was open. YAY!!!
We signed into the event by logging our names on the board hanging off the APE. 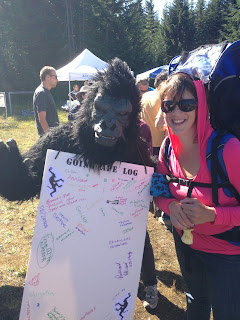 We(Angelcheeks, Crazyboy02, our little guy and myself) then headed down the trail towards the entrance of the 4.7km long tunnel, that is normally a chilly 5-10 degrees Celsius . As we approached the tunnel you could feel the chill of it even from about 200 metres away. When you enter the tunnel, you feel like you have just entered a different world...a world of the underground. Very Cool!!! 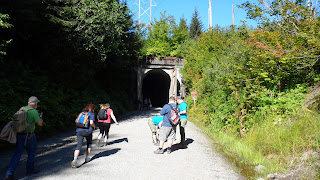 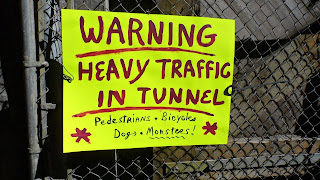 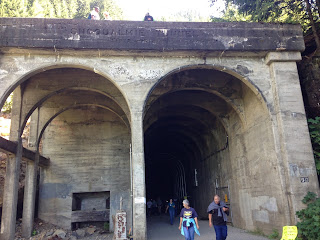 
Halfway thru the tunnel we came across the keeper of the cache in the tunnel. 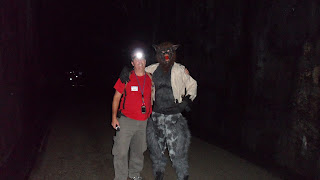 Upon coming out of the tunnel you feel as if you have been transported into a whole different world or place. We took a short break, and then headed a bit further up the trail to grab the A.P.E. Tribute cache.


Although the original cache has been archived as it was muggled, they had a tribute cache in its place. While there we met lots of other cachers milling around and telling stories of the original cache. Chatted with a fellow cacher who is a “Geocaching Vlogger”
www.geocachingvlogger.com


We also got to check out another TB at the Tribute cache, that had been to space as well.
After mingling about for a bit, we knew we should get going, so back thru the tunnel it was. This time we decided to time our trip into darkness. We were underground for 43 minutes....one way!!! 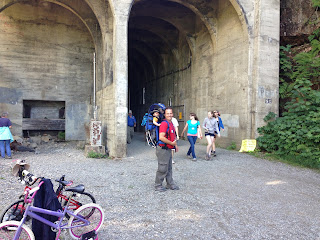 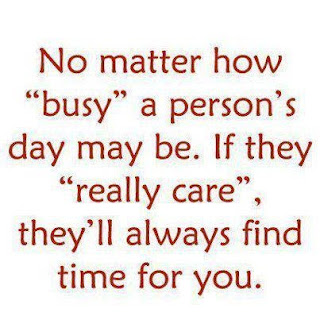 See ya next month
Keep on caching!!
Chris Yuill
Magicman65﻿