Well this months blog is Not about geocaching at all, but about my other love interest(besides my wife)  MAGIC!!!


This past weekend about 100 magicians appeared in Victoria for a small little convention called the Three of clubs-Tri city magic convention. 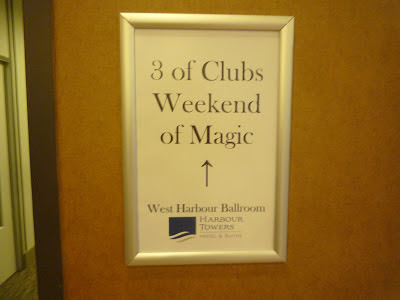 It was a weekend to be filled with Lectures, shows, special guests, contests, lots of prizes, and a ton of fun!!! It is a convention for the three cities of Vancouver, Seattle, and Victoria, and it gets rotated through each of those cities and hosted by the local I.B.M. club(International Brotherhood of Magicians)
﻿
This was the (VMC)Victoria Magic Circles year to host. I am very fortunate to be the Vice President of this great club and was one of the seven chosen by the convention producer and co-producer to be on the Convention committee. We were fortunate to have some great people on the committee, 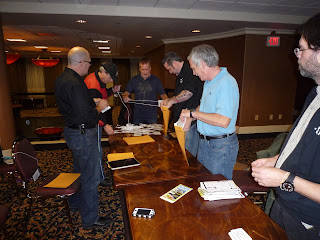 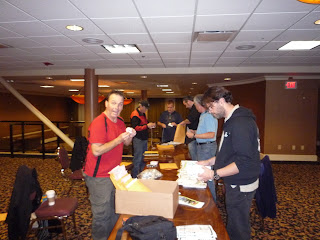 who all worked hard during and before the convention to make it a success. A lot of planning and organizing goes into an event of this nature and size.

We had some of North America's best Magicians come to Victoria to teach, share, and also have fun and enjoy the weekend.

The weekend started Friday morning at 7am when I met VMC President Eric “Cool Magic Dude” Bedard at the host hotel so we could start setting up the event. We started by making up some gift baskets for the special talent we had coming in for the weekend. 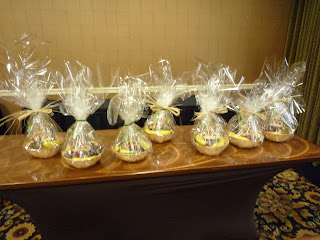 Gift baskets for the talent and special guests.

They each got a basket and a six pack of beer from a local brewery. 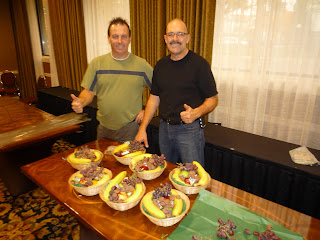 Some of the other committee showed up shortly after and now it was time to build the stage for the weekend.
﻿ 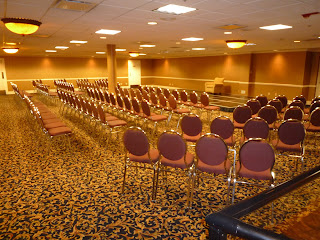 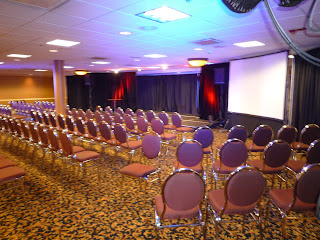 We kicked off the event with a contest called the One-handed Cut-A-thon, which I was one of the judges. 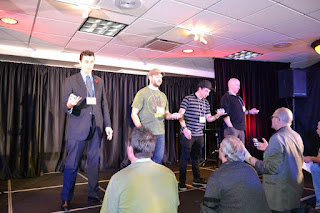 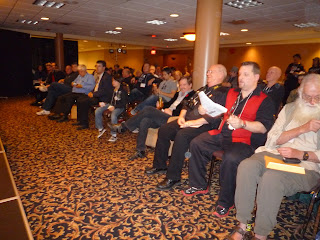 We then had an awesome stage show with some of next years host's(Vancouver) performing for us. 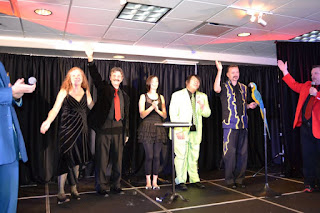 All the performers were voted upon a few weeks back as to who would best represent their city, and they did not disappoint!!!
After the shows we had a lecture by Andrew Goldenhersh. He opened by folding a dollar bill origami style into a butterfly, and then it turned into a real butterfly and flew off into the crowd. Very cool and magical. In the Gala show he showed a butterfly tattoo on his arm which he peeled off and it turned into a real butterfly. Click on his name to check out a video of his performance. 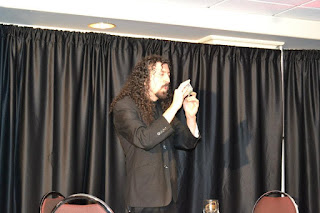 After his lecture we had a midnight maddness show, were performers could sign up to take the stage and do 7 minutes of magic. A lot of very funny acts and some very cool magic was the order of the night.
Always at a function like this when magicians get together there is always magic and mingling late into the night and into the early morning hours. Some of us, including 2 of our special guests, took a walk down the waterfront to find a place to grab a snack. By the time we got back to the hotel it was 3am. Time for a few hours of sleep so we could awaken to another Magic filled day!!
Day 2
The following day was filled with more lectures, shows, and lots of magic. We had several lectures, a close-up show 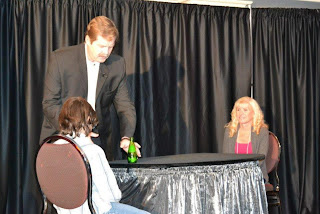 Steve Dickson doing close up magic
and an evening gala show which was open to the public, and we had over 150 people at the show. There was comedy, magic, and Illusions. 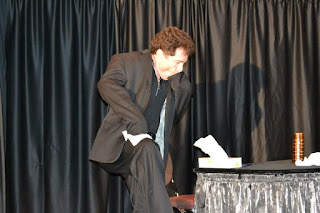 Joe Monti being weird and funny
Joe's show was possible through our good friends at Magicana and the Tony Eng youth fund. They sponsored this portion of the show and did an awesome article on it, which you can check out here:
http://sharingwonder.wordpress.com/2012/11/15/tri-city/ 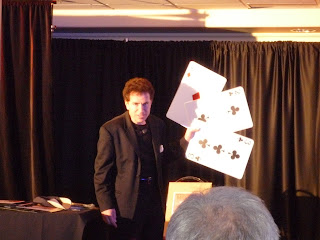 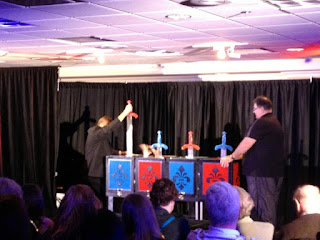 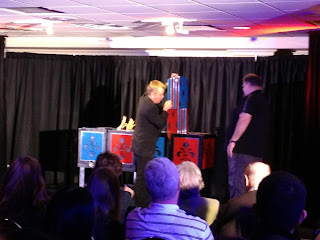 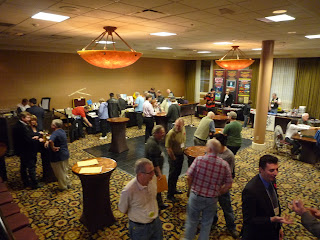 Hospitality area and dealers booths
﻿
﻿
﻿
We finished off the evening with another great lecture, and hanging out chatting about what we all love doing. 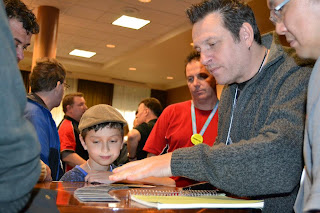 Shawn Farquhar doing his thing. This is the guy who fooled Penn and Teller. I am glad to be able to call him my friend!!
Day 3
The following morning(Sunday) we had a workshop on Improv by one of our own VMC members, and one more lecture before we had to say goodbye to our guests and friends. It was then time for us to tear down the sound, lights, stage and clear out all the stuff. I am sure that anyone that was at this weekend was not dissapointed and went home with the feeling of wonderment and joy. I can hardly wait for the next convention!!!
Keep on Magicing!!!
Chris Yuill
Magicman65﻿