I haven't done a lot of caching since my last blog, except for a couple of FTF's, a challenge cache, a 7 stage multi that was published in 2001, and another cache also published back in 2001 to fill a couple of spots on my Jasmer chart, and a few caches near the older caches I got.
So I thought I would talk about what makes these type of caches not just challenging but also special!!

This month, I will talk a bit about challenges, and challenge caches:
Some people love them, some don't like them, some people avoid them, I personally seek them out!!!
In fact I just got the "West 122 degrees longitude challenge" that I have been trying to get one specific cache for a bit, completed and logged.

The first three I will talk about are challenges that have been around since caching started. Some of the statistics for cache challenges, can be found on your very own caching profile page, while others have to be sourced out by using other websites such as "My Geocaching Profile"
Here you can make a profile and input all your finds and it will give you more statistics than you will ever need!!!

Popular in the United States, the Jasmer asks geocachers to find one cache hidden in every month since geocaching began in May 2000. As of today, that means finding 202 caches with different placed dates. To give you a sense of the difficulty of this challenge, there are under 150 caches hidden in 2000 still enabled. Geocaching road trip, anyone?
I have found several caches that were based on the Jasmer Challenge, most recently I did one called "Challenge Jasmer 2008 Mini series" where I had to find one cache that was placed in each month of 2008, for a total of 12 qualifying caches. The rules for the challenge were as follows: Any cache found at any time anywhere in the world is valid. So you may already qualify for this challenge. The date to use is the placed or hidden date at the top of the cache page, which may be different than the date the cache was published. You must find one cache placed for each month in 2008.
I had already fulfilled my 2008 placed caches list, so I was able to find and log that cache!!! The CO of this Challenge cache had several other Jasmer Mini series challenges from 2005 to 2014.
I have got most of them except 2005, 2006, and 2012. I have qualified for all them so next time I am in Victoria I will try to grab them.

The 7 stage multi cache called Shore Circuit, that I mentioned in the beginning of this blog will fill in the November 2001 spot on my chart(Have not updated it yet) 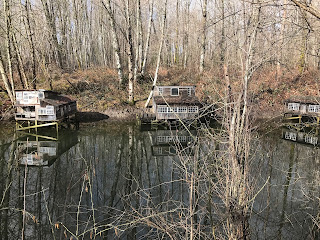 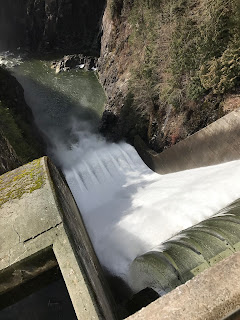 I looked for a December 2001 cache and I see that I either have to go to Vancouver Island, Alberta, or the States. There is none still active in the Lower Mainland of BC. Do I hear road trip???


As you can see I need to grab a couple of caches to fill in some recent dates also. Below is an updated Jasmer chart (March 2017)  11 more oldies to get!!!

The Fizzy Challenge will test your mental skills, then your physical skills, then both at the same time. The Fizzy Challenge will have you finding a cache for each combination of Difficulty/Terrain rating possible. It’s sometimes referred to as the “Well-Rounded Cacher” and the “81 Grid” because there are 81 possible combinations. If you want to really go above and beyond, you can fill our a Fizzy grid for each cache type. I still need 11 different combos. 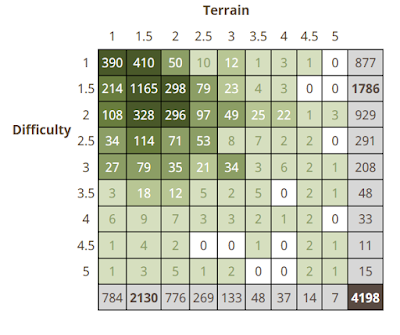 It shouldn’t be too difficult to figure this challenge out: find one cache on every day of the year! That could mean a 365-day streak, or a careful plotting of geocaching expeditions over the course of many years. In case you’re wondering, the next Leap Day is February 29, 2020.
I did 400 caching days in a row, so it was easy to fill my chart!!

Other stats such as your finds nearest and farthest from your house are also on your own caching profile. As you can see by mine, I have found a cache 200 metres away and also 6013 KM away.
One of the cool stats I have, is I found a cache 4200 KM's away(Florida) and one a couple KM's away(Vancouver) from home on the very same day!!!

I've only found 1 5/5 cache so far, but the cool part is that it was also a FTF with my wife Angelcheeks, and good friends C2C2C and Toby and Me!!
I have also found several traveling caches, which are only those made years ago, as they are not allowed to be made anymore.

July 1/10 ORIGINAL STASH TRIBUTE PLAQUE © GCGV0P Portland, Oregon
July 1/10 Un-original stash. GC92 Portland, Oregon
July 2/10 Mission 9: Tunnel of light GC1169 Snoqualmie Pass, Washington (1 of 2 remaining A.P.E. Caches)(Now archived, as it was stolen) The A.P.E. cache series was established in May of 2001. The promotion was for the film Planet of the Apes. Thirteen different A.P.E. caches, each with props from the movie and a story that tied into the movie, were hidden all over the world. Those who found the caches received a unique icon. All that is left of the highly sought series is a single, active cache hidden deep in the tropical jungles of Brazil. Mission 4: Southern Bowl is now the last obtainable A.P.E. cache. The remainder of the geocaches in the series have been archived. The final cache has been logged less than 40 times. (UPDATE: They have found the missing Mission 9: Tunnel of light cache, and it may be unarchived in the near future)
July 2/10 Iron Horse GC79 Snoqualmie Pass, Washington (oldest cache I have gotten so far)
July 2/10 Geowoodstock VIII. GC1QM7K Carnation, Washington (1st mega)
July 12/11 Strathcona wilderness 1 GCA6 Ardrossan, Alberta (Oldest Aberta cache, 2nd Canada cache)
July 16/11 Best of the BAD mega event. GC2GA1J Three Hills, Alberta (2nd mega attend)
(Hired to performed Adult and kids Magic at Mega)
July 28/11 Treehugger (BC's Oldest cache) GC1DD Vancouver, BC
July 7/12 Island Spirit 2012 GC349MK Duncan, BC (3rd mega)
(Hired to perform 2 Magic shows at Mega)
Aug. 17/13 2013 Block Party GC3X684 Seattle, Wash.
Aug. 18/13 Go APE Mega event GC46Z3E Snoqualmie Tunnel, Wash.(4th Mega)

And in Groundspeak news:

Speaking of Monumental caches, I was talking about this cache back in my November 2016 Blog
and the geocaching community has spoken. The Mission 9: Tunnel of Light APE cache will be returned to its original location and restored to active APE cache status. Once reactivated, the cache will be loggable throughout the year. )If you look above in my "Monumental Caches" you will see I have found it July 2nd 2010.)
They will reactivate the APE cache on August 19, 2017, the date of the Going Ape 2017 Mega-Event at Washington’s Iron Horse State Park.
More than 10,000 geocachers helped make this decision. (Read the February 20th blog for more about the ballot choices.) Here are the results:
61% — Return and Reactivate
17% — Activate Once A Year
13% — Display at Geocaching HQ
9% — Traveling Artifact 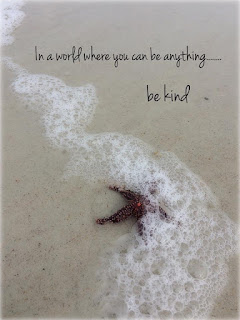 Well that's it for this month
Keep on caching
Chris Yuill
Magicman65
at March 14, 2017