The History
In 2001, fourteen geocaches were placed in conjunction with 20th Century Fox to support the movie Planet of the Apes. Each geocache represented a fictional story in which scientists revealed an Alternative Primate Evolution (A.P.E.). These geocaches were made using specially marked ammo containers and contained an original prop from the movie. Mission 9: Tunnel of Light was one of those caches.
We (Angelcheeks, C2C2C, and Toby&Me) went on an awesome trip together back in July 2010 down to Washington and Oregon to head to a Mega Event called Geowoodstock. As awesome as that was gonna be, as it would be my first Mega-Event, that was not the only place we would go. We also went to the Original Stash Tribute plaque 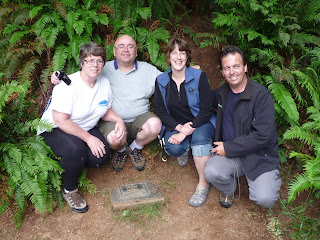 At the time the "Snoqualmie Tunnel" was closed, so we had to make the trek up the back way. It was a long winding trail up the mountain. 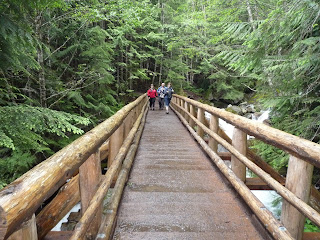 But after several hours we found what we were looking for!!! The APE!!!! 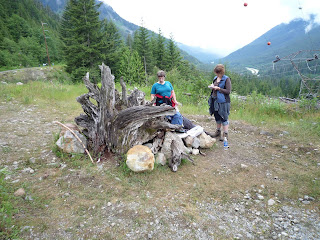 We rejoiced at finding this Historic Cache, and headed back towards the car and off to the Mega Event.
Less than one year later, Sadly, "Mission 9" was muggled and then archived in June 2011.

There is a Mega-Event (Going Ape) created by the Washington State Geocaching Association to honor this famous cache. They also placed a tribute cache at the Original Location. 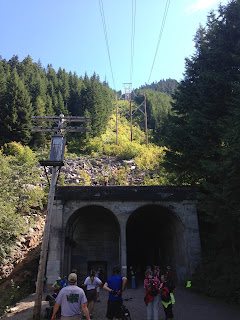 Jenna, Oliver (just 1yr old) and Dayton and I went to this event in August 2013. (Going APE)
This time the Tunnel was open and we had an awesome hike in 3.7km of darkness. There was even a cache in the middle of the tunnel. And there was even a werewolf guarding it. 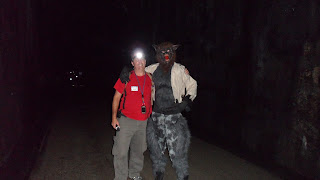 Chris Meets the Werewolf!!! But we also found the cache!!!

Walking out of the darkness of the tunnel and up to the "A.P.E. Tribute cache" was like Deja Vous!!! It seemed like only yesterday we were here!!! Yet it was 3 years later.

Fast forward to 5 years after the A.P.E. cache was muggled is the newest story of it being found!!!
It was believed since it was a huge, heavy container that maybe it was not hauled very far from its location. A search party was formed and the rest of the full story can be read "Here"

"What do cachers do?"

Just received my new book called 200 Things any geocacher must do!!
Its like a workbook of things cachers do eventually. So I have been looking back thru my caching history to see how many of the 200 I have done. It's cool to go back thru my old caches and sort of relive some of the experiences. Things like being questioned by authorities while looking for a cache, caching while you're supposed to be working, etc. After going thru the book, I will let you know how many of the 200 I have done. lol

As of writing this is my 59th blog. Not too bad for 4 years of blogging!!! Look for my 60th Blog, where I will have a small challenge for a prize to one lucky person!!! 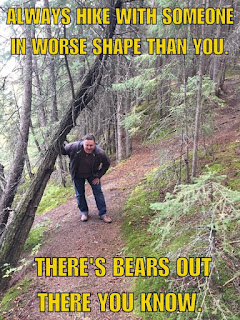